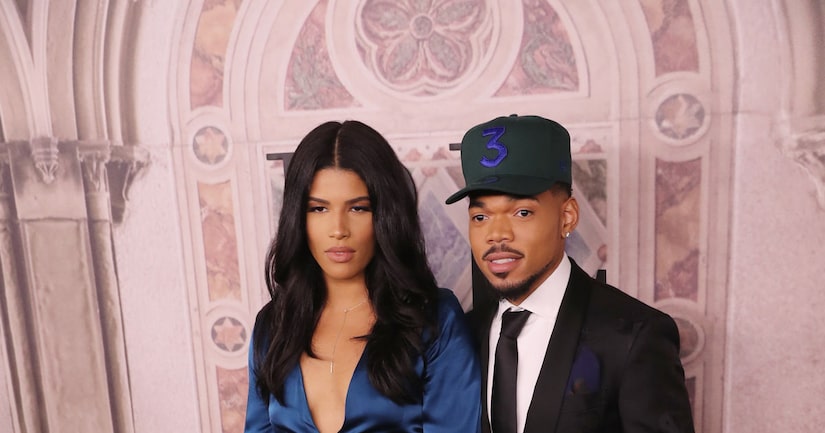 Chance the Rapper and wife Kirsten Corley have another baby on the way!

On Thursday, Chance announced the big news, writing on Instagram, “We pregnant again. It's a girl.” The baby is due in September.

Corley also posted a pic of her baby bump on her private Instagram.

Kirsten was able to conceal her pregnancy in a strapless white dress. A source told E! News, “It was a romantic ceremony and a string quartet played as they entered. In the middle of the ceremony, their little daughter Kensli ran up and Chance picked her up and held her. It was very sweet and loving to watch.”

Some of the guests to attend the ceremony include Kim Kardashian, Kanye West, and Dave Chappelle. The eyewitness shared, “They were all laughing together and having a great time. They posed for photos and Chance came over to chat. They congratulated him and gave him hugs. Kim and Kanye were offered some champagne. Kim passed but Kanye took a glass. Then they walked inside together for the reception. It looked like they were very happy to be there and to see their friend get married. They both never stopped smiling." 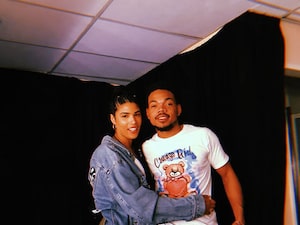 Chance the Rapper Is Engaged — Who’s the Lucky Girl?

Chance and Kirsten were legally married in Chicago in late December.