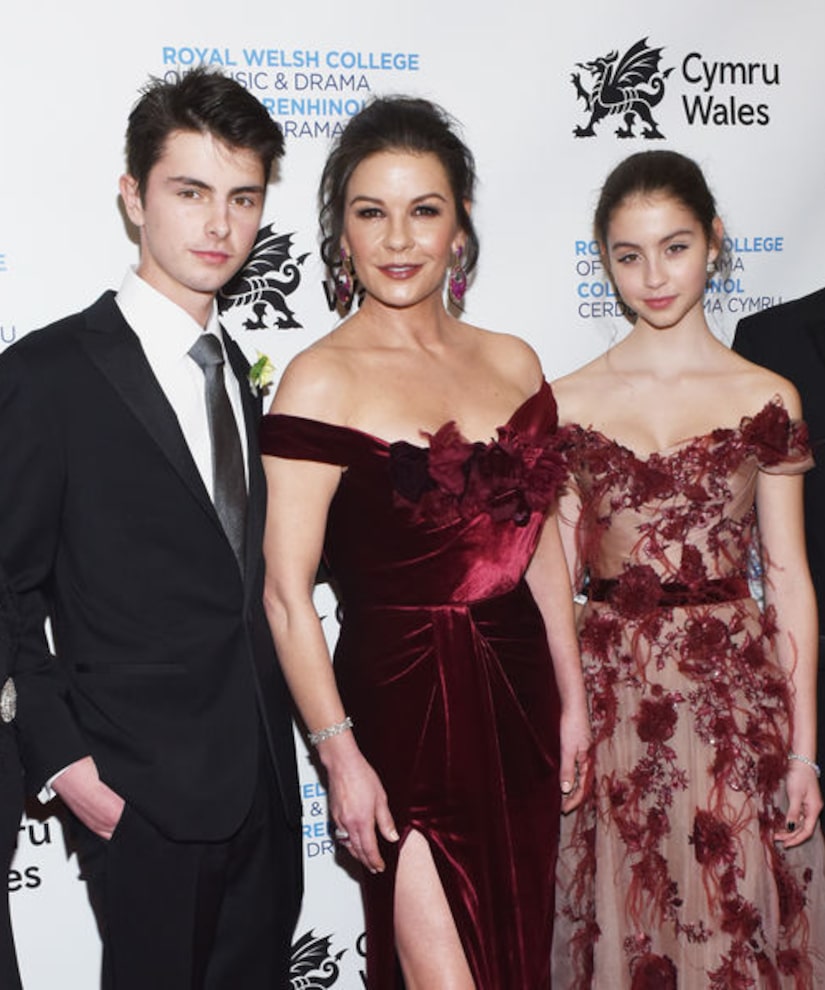 It was a family affair as Catherine Zeta-Jones was honored by the Royal Welsh College of Music and Drama Friday.

“Extra” was with Zeta-Jones and her children Dylan and Carys with only one person missing — husband Michael Douglas!

Catherine told us, “He's shooting his Golden Globe-winning role in Los Angeles," referring to the Netflix hit "The Kominsky Method. "I know he is here in spirit."

Catherine's parents were also there to support her, which she chalked up to “Welsh traditions." "We're a very tight, closeknit family... [My kids] used to go to Wales in the school holidays every year, they still do — they are very Welsh.”

Catherine did say she has been missing Dylan while he is away in college. He traveled by train to get to the event but revealed his passage was held up when “someone escaped from prison the police had to come on the train and search."

“FaceTime is a great thing," Catherine said of how she and Dylan stay close even far apart. "We are on the phone all the time. He's having such an amazing experience. Of course I miss him terribly. I'm so thrilled for him to be in a place he wanted to be and enjoying it so much.”

Catherine is known for posting throwback snaps of the kids on social media, and Dylan admitted he gets a little embarrassed. Still, he allowed, "That's what mothers do." Carys chimed in, saying, “We used to call her 'mamarazzi.'"

Michael has even gotten in on the action, finally joining Instagram himself. Carys said, “I'm so happy he joined Instagram 'cause he would always be, 'Who are you Instagraming? What's on the Instagram today?' He's getting used to the lingo.”

As for the honor she was receiving, Catherine said, “It means so much coming from Wales. It's our national day today, St. David's Day... I am just proud what this fellowship means... Proud to be part of the pool of talent that comes out of Wales.”

Both of Catherine's children raved about their mom, with Carys saying, “We couldn't really be prouder. We both love the performing arts to sing and act, to be here tonight and to honor her for the fellowship, we're really proud.”

Dylan said, “The influence that she has had both globally and in her country — it's a very beautiful night." 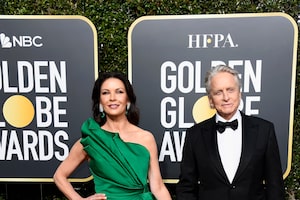 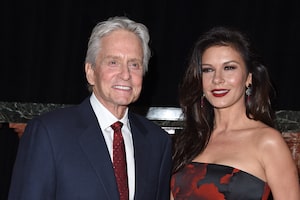