“Real Housewives of New Jersey” star Danielle Staub is ready to say “I do” again, one week after finalizing her divorce from Marty Caffrey!

People reports Danielle and boyfriend Olivier Maier got engaged while vacationing in St. Barts, but they still need to pick up her ring at Van Cleef & Arpels when they return to the States.

It will be a short-lived engagement. The magazine says the two plan to get hitched by a Justice of the Peace in NYC on Monday!

Staub told People, “I'm madly in love. I'm feeling elated and excited for the next stage of my life. I'm going to marry the man of my possible dreams and hopefully I'll spend the rest of my life in bliss.”

Maier has an impressive background. Not only is he the Managing Director of Speyside Equity, he's also the Duke of Provence! Yes, that means Staub will become a duchess!

He revealed that his family owns fifteen vineyards in the South of France.

The pair met in October through a mutual friend who was actually dating Olivier at the time. They started dating about a month later.

Danielle confessed she “wasn't open” to another relationship following her split from Caffrey after just ten months of marriage. “I was ready to just go out with my girlfriends in Manhattan. I didn't want this.”

She added, “He pursued me adamantly. And he got what he wanted. We fell madly in love.”

This will be Olivier's second marriage, and Danielle's fourth. According to People, this is Danielle's 21st engagement! 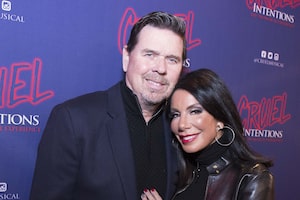 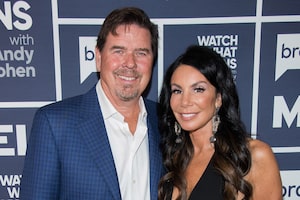