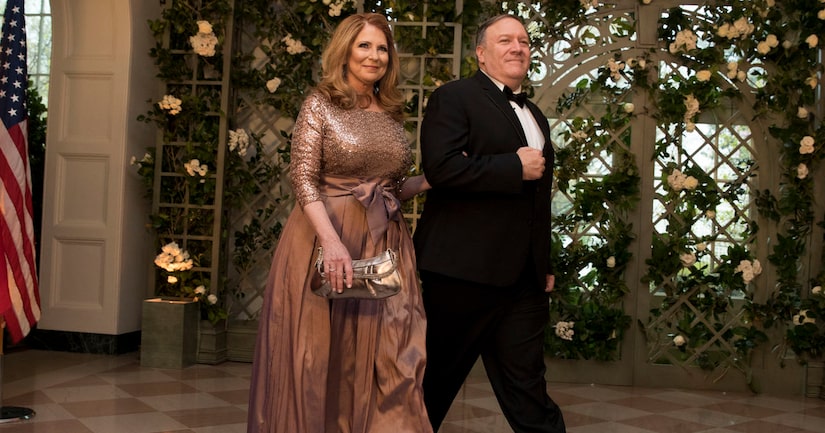 Only “Extra's” special correspondent, former White House press secretary Sean Spicer, was with Secretary of State Mike Pompeo and his wife Susan, who opened up about their personal lives in a rare interview in Washington, D.C.

Mike was dressed casually, with Susan at his side, holding their dog Sherman by his leash.

The Secretary of State and former army officer started his career at West Point, going on to become a Kansas congressman, then Director of the CIA. He said, “You never dream of anything like this — it's been a crazy ride.”

Along with expressing his love of the job, Pompeo emphasized, “There's a lot I want to do at the State Department, and I hope I get to do it for a little more time.”

His job takes him all over the world, including “a couple of dozen countries in the last eight or 10 months.” He commented, “It's been a remarkable decade… We miss Kansas, but the privilege to serve as America's senior diplomat and its senior spy have been the joy of my life.”

When asked what music he listens to the on the road, Pompeo shared, “I go back to my high school days. I have a big AC/DC collection… Country music, too. We love Toby Keith and all the country folks."

As for how her life has changed, Susan revealed, “Completely. Upside down. I lived in Kansas all my life until Mike was confirmed CIA Director and we moved here.”

Mike and Susan, who have been married for 20 years, are major movie buffs. Susan dished, “He adores Queen, so we saw 'Bohemian Rhapsody' the first weekend and 'A Star is Born.'” Both movies are up for Best Picture at Sunday's Oscars, but which is his pick to win the coveted award? He answered, “Gosh, I loved 'Bohemian Rhapsody.'”

The couple usually watch the award show together, but it might not happen this year. Susan commented, “We usually stay at home and watch and fight it out amongst ourselves — it's kind of like the Super Bowl.” Mike explained, “This year, I'm likely to be on an airplane, so hopefully I can get the crew to get it tuned in for me.”

After he completes his term, Pompeo is hoping for “a little rest.” 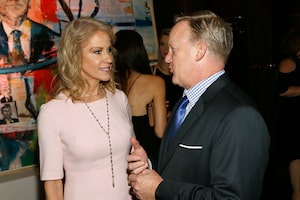 ‘Extra’ Exclusive: D.C.'s Most Powerful on Their Lives Inside & Outside of the White House