La Toya Jackson is the alien!

“Extra's” Tanika Ray sat down with Jackson at Universal Studios Hollywood a day after she was revealed as the Alien on “The Masked Singer” last night.

While saying she had “such a wonderful experience” on “The Masked Singer,” Jackson asserted she does not “have a clue" who the remaining five singers are. “We were always in our own trailer," she elaborated, "and once we got out of the trailer, they put us in a mask, not the ones you saw — covered, clothes covered, everything covered — then you go back to the trailer, so we never saw anyone except when you were on that stage.”

When Tanika guessed Joey Fatone or AJ McLean, La Toya smiled, saying, “I kind of agree with you.”

Jackson, who hesitated at first, pointed out that her mother, Katherine Jackson, convinced her to do the show. She said, “I was just afraid. What if there were really incredible singers? So I asked my mother, 'Mother, what do you think?'… She says, 'Honey do it.'”

La Toya noted that she often asks her mom for advice, explaining, “Mothers know their children better than anyone else… We give her so much respect… We were raised that way.”

When asked if she is celebrating Valentine's Day, she commented, she giggled, saying, “There is no one in my life.” 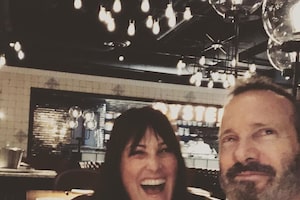 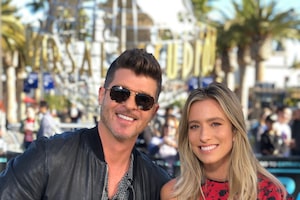 Who’s the Poodle? Robin Thicke Dishes on ‘The Masked Singer’ Nick Cannon Dishes on ‘A-List Talent’ on ‘The Masked Singer’