On Monday, Javid opened up about her December hospitalization. She documented the scare on Instagram from a hospital bed at Cedars-Sinai Medical Center, admitting that was she was “feeling very scared and nervous about something unexpected that my exceptionally awesome doctors found during a check up.”

The 46-year-old noted that she would be on “bed rest for awhile.”

In October, Mercedes announced she was expecting her first child with husband Tommy Feight. 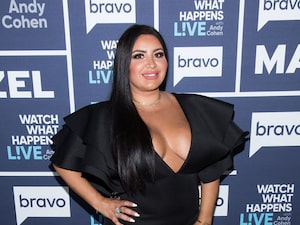 Over the summer, Mercedes opened up about her struggles getting pregnant, telling Us Weekly, “The truth is that I have a lot of ups and downs, moment to moment, especially on the hormones from IVF stuff. You retain a lot of water. You feel really great one moment and then terrible another moment. That's the reason why I share because, in my Instagram Stories for instance, I'll say, 'I don't feel good today, but I want everyone else to know not to beat themselves up, to be kind to yourself and know that those days happen to everyone.'”