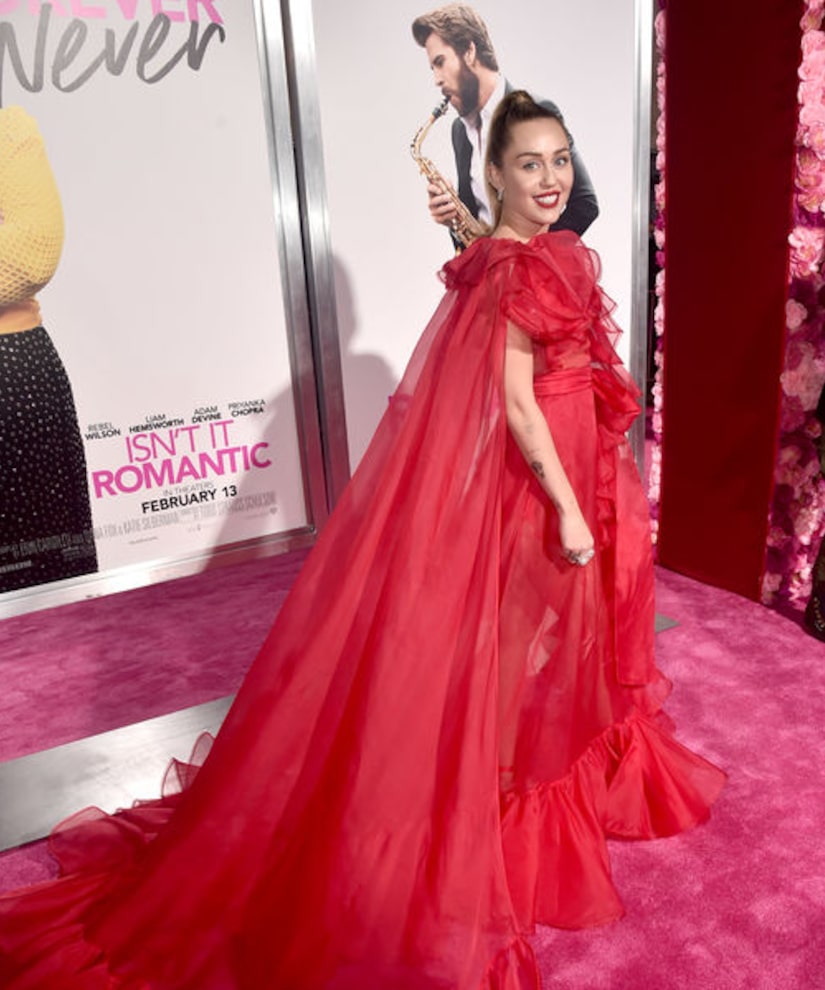 Miley went in Liam's place as he recovers from kidney stones. She joked of her fab look, “Everyone keeps thinking I'm here for Liam, but I'm actually here for Valentino.”

The star had planned to be at the premiere with Liam before he fell ill and already had her Valentino dress picked out. She said, “Already had it. Already had it planned. And I wasn't going to let it go to waste on the rack.” 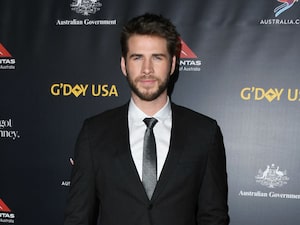 Cyrus also gave an update on Liam's health, saying, “He just needs to rest… Doctors' orders and my orders, he had to stay back.”

When asked if she's been caring for him at home, Miley smiled, commenting, “I've been the worst. I've been glamming up all day.”

Miley is coming off a big weekend of performing at MusiCares and the Grammys with her godmother Dolly Parton. She revealed that Liam did get to hear her performance, saying, “He was actually at the doctor, he was at the hospital, so he listened to it on one of those sad little remote speakers. So I made him listen to it for real when I got home.”

The two are now getting ready for their first Valentine's Day as a married couple. What's Miley's plan? She answered, “Eating greasy food at home.” 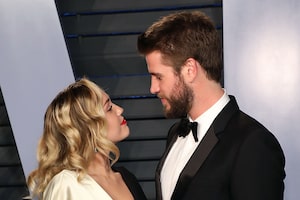 LOL! This Is How Miley Cyrus Shuts Down Pregnancy Rumors 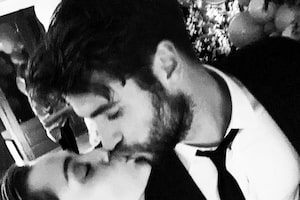