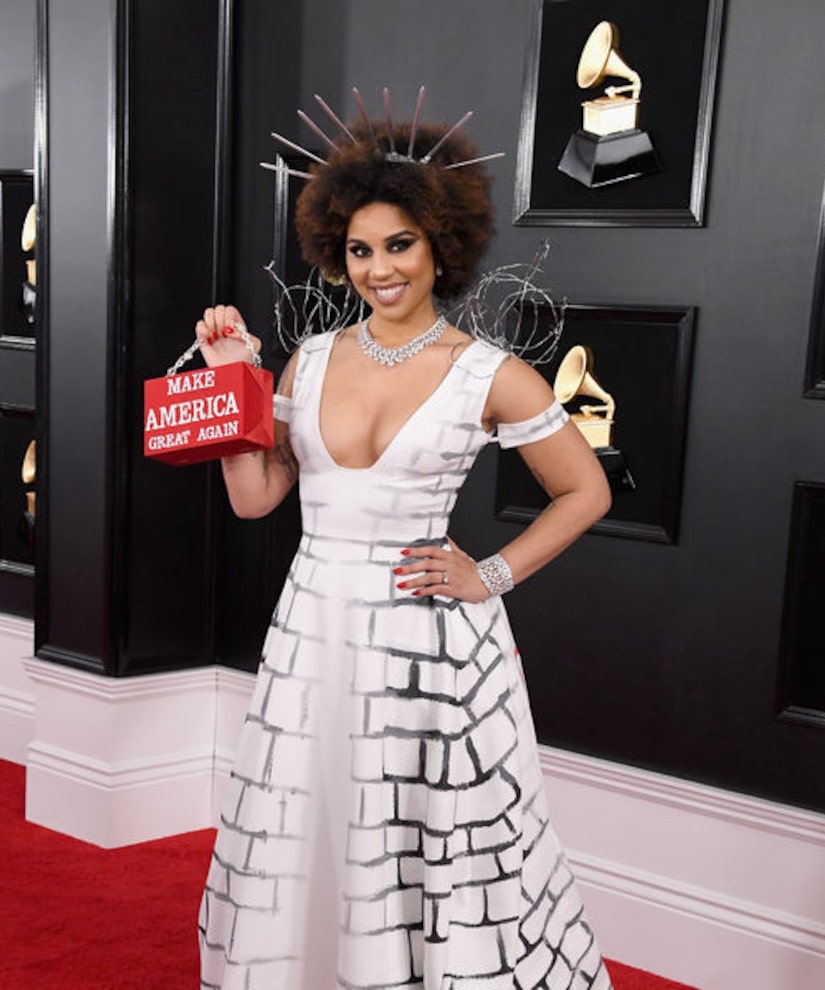 Singer Joy Villa returns with the Grammys with another political statement.

On Sunday, Villa hit the red carpet at the Grammys, showing her support for President Trump.

Joy proudly carried a “Make America Great Again” clutch and her dress was modeled after a border wall. The back of the dress featured the words, “Build the Wall.” 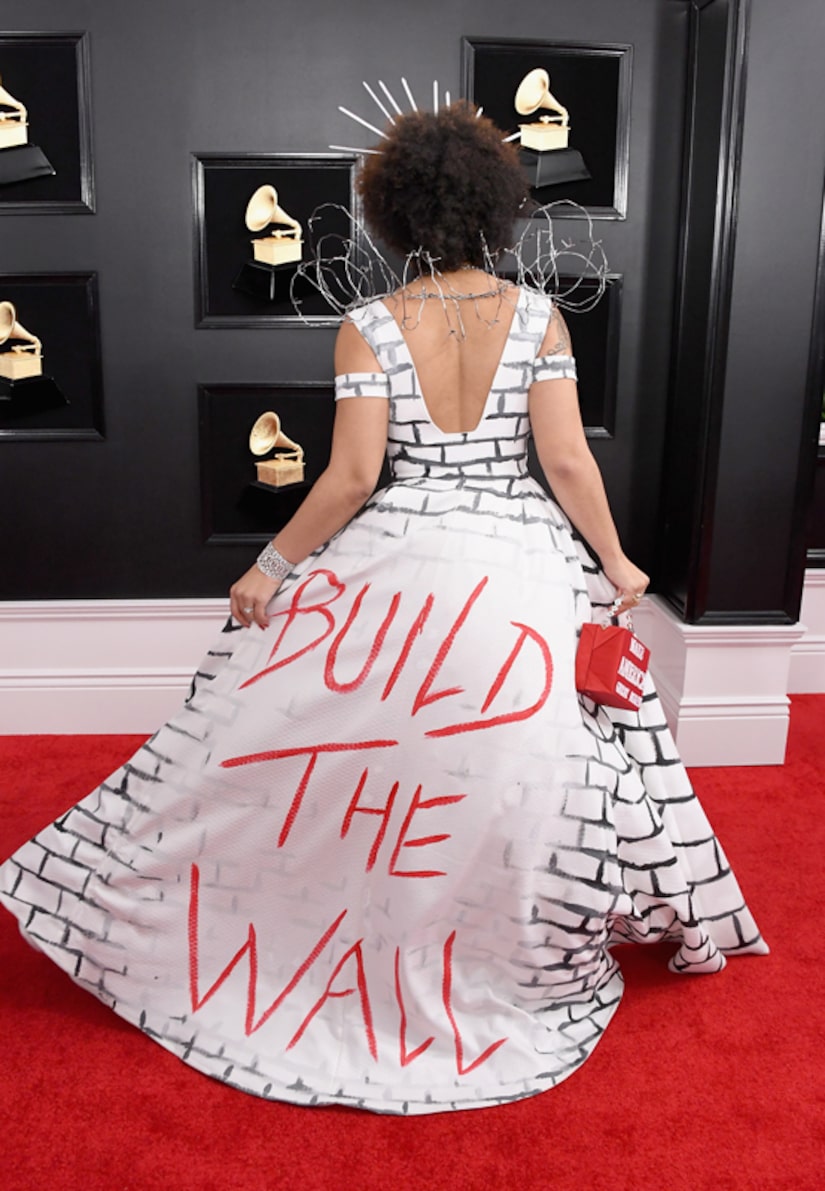 Of her bold fashion choice, the 27-year-old told Fox News, “Well, to no surprise, I'm still a Trump supporter and supporting the President and what he's doing. This is my Make America Great Again purse and dress is by Desi Designs Couture, and it represents the wall."

“One in three women who are trying to come to this country illegally are sexually assaulted,” Villa continued. “Seventy percent of the heroin in our nation is brought in through Mexico. This is not personal against this country or the people. It's not about race. It's about protecting the people who are in this country. I'm Latina, I'm black. I support what the President says about building the wall, so that's what this dress represents."

Another singer also showed his approval of Trump at the Grammys was Ricky Rebel, who wore a “Trump” jacket. 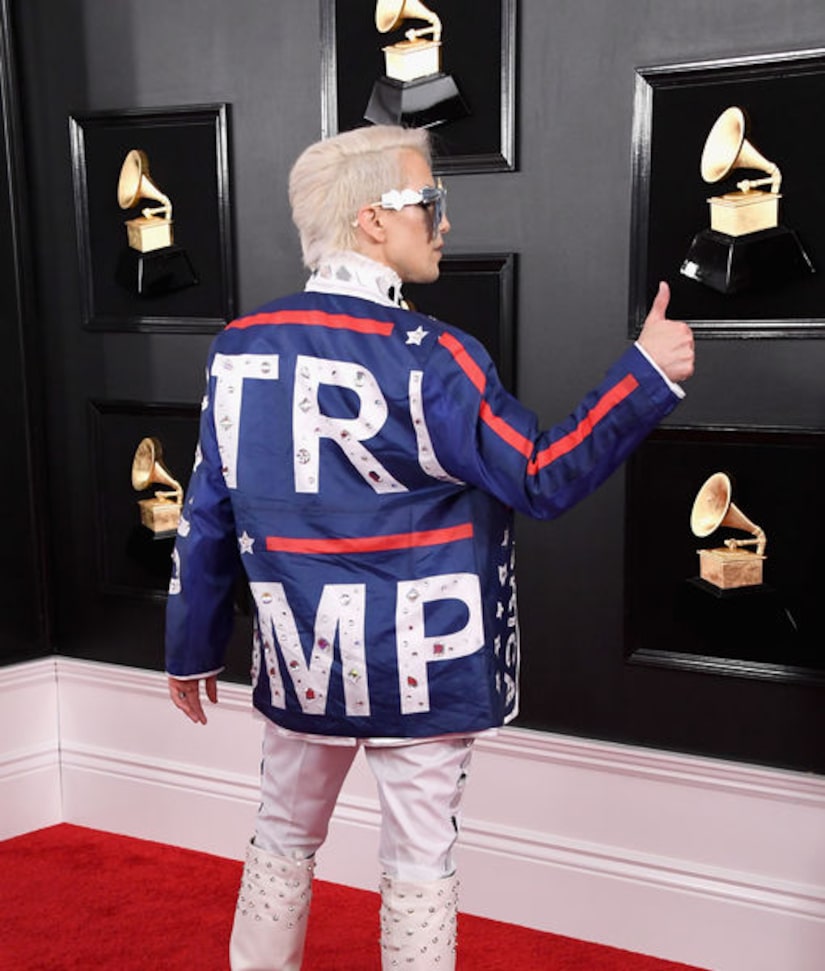 He tweeted, “I'm Billboard Top 40 recording artist Ricky Rebel live at the #grammys and I'm a reflection of the 60 million+ Americans that voted for @realdonaldtrump. Be #TheNewAlpha Don't let anyone keep you in the closet. #kagjacket by @officialandresoriano #MAGA #KAG.” 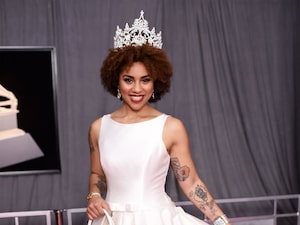 Last year, Villa attended the Grammys, wearing a gown that featured a painted fetus and carrying a “Choose Life” purse. 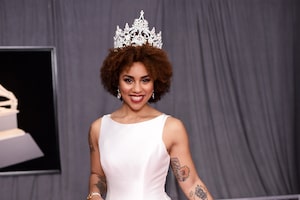 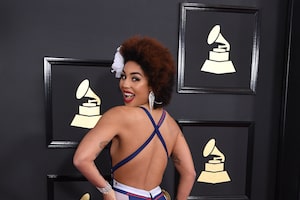