Grande told Us Weekly, “I am single. I've been single for about a month now,” adding, “It's really good.”

Despite the breakup with Daniel Sinasohn and Mike Pophis, Frankie had positive things to say, commenting, “I'm super grateful for my last relationship. I grew so much in it, and at the same time, it wasn't working out anymore.”

He added, “I'm super glad that we decided to end things amicably. And that we can all remain friends… that's the important thing.”

As for the why he thinks throuple relationships are “so complicated,” Frankie said, “You have double the highs, double the excitement… but also double the lows, double the drama.”

The 36-year-old also referenced his sister Ariana Grande's hit song “Thank U, Next," sharing, “I'm so bleepin' grateful for my exes.” 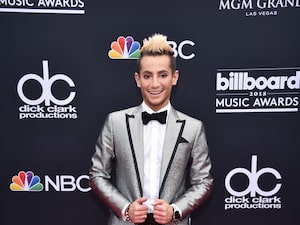 The split comes just two months after Grande revealed he was in a relationship with a married couple. At the time, he dished, “[We've been dating for] almost three months, but in the gay world, it's like five years.” 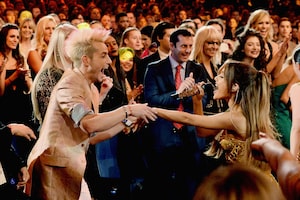