Days after his sudden passing at age 32, more details have been released about comedian Kevin Barnett's death.

The Chief of the Forensic Medical Service told E! News, “The corresponding autopsy was carried out, which determined that the cause of death was: Non Traumatic Hemorrhage, caused by pancreatitis. At the moment his body is still in facilities of the Forensic Medical Service of Tijuana, waiting to be delivered to his family members who are performing the legal proceedings."

According to Mayo Clinic, pancreatitis is caused “when digestive enzymes become activated while still in the pancreas, irritating the cells of your pancreas and causing inflammation.” In severe cases, it can lead to “life-threatening complications.”

The body was received by the Forensic Medical Service on January 22 at 5:50 a.m. On the same day, his death was confirmed by a U.S. Department of State official. The statement read, “We offer our sincerest condolences to his family on their loss, and we stand ready to provide all appropriate consular assistance. Out of respect to the family during this difficult time, we have no further comment." 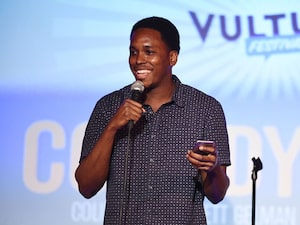 Barnett posted on Instagram three days prior to his death. He said, “In mexico. Bought myself a sweater. Been accused of appropriation several times. In my head I just gave a lady some money so I ain't cold. Either way. Swag heavy. Mixtape comin."