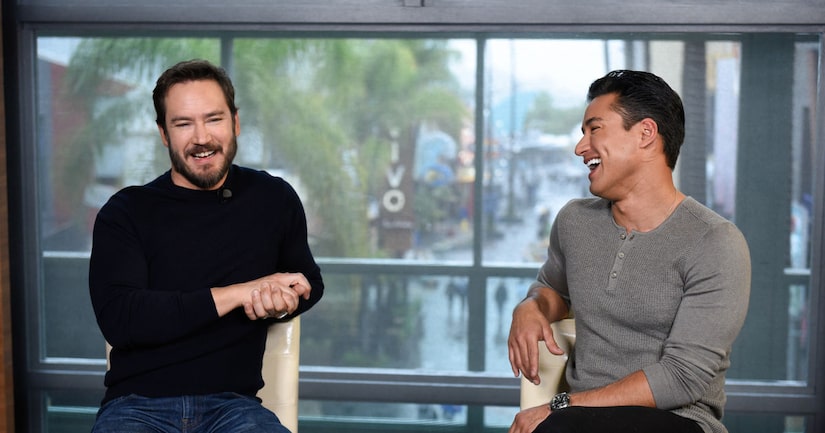 It was a “Saved by the Bell” reunion on the set of “Extra” today as Mark-Paul Gosselaar joined “Extra's” Mario Lopez to talk about his new FOX show, “The Passage.”

At Universal Studios Hollywood, Mark-Paul dished, “The show is a trilogy of books written by Justin Cronin, our producers are Matt Reeves, Ridley Scott… I play a character who brings in death row inmates for an experiment… Helping mankind, we're trying to find a cure for infectious diseases, but they're having these horrible results, we call them virals… They drink blood, they don't like sun, they're okay with garlic, but they're uber predators.”

The show, earning positive ratings the first week, is also available on Hulu and FOX Online. He added his character, a former FBI agent, endured a "tragic incident in life. I think people kind of picked up that his daughter died… He now works for Project Noah, which is the secret medical facility that is trying to find a cure for infectious diseases.”

Mark and Mario, who co-starred on "Saved by the Bell," were able to catch up, too. Mark, the father of four, was happy to hear that Mario is going to be a dad for the third time, asking, “Are you ready?… It's tough, man… You're gonna be outnumbered now.”

Of life with his teenagers, Mark-Paul revealed, “My 14- and 12-year-old, they just asked me if they could take acting lessons.”

His oldest daughter has just landed the lead role in her school play. He dished, “She has to sing six solos songs."

He hasn't encouraged or discouraged his kids from acting, saying, “I'm totally fine with it… I'm not going to drive them to auditions, I'm not gonna do what our moms did, sit on set.”

Gosselaar admitted, “I don't know if I want to put them in the business, man. The business is rough, especially now with social… You and I, we would have had a hard time with social, man. We had fun, we had fun, we were kids and I think that's how we sustained that innocence. People liked watching that on the show; we weren't aware of what we were doing, really.”

What's the number one question Mark gets when he is out? He smiled, “'Where's Slater?'” Mario laughed, commenting, “As they should.”

Another interesting tidbit: his wife has never watched “Saved by the Bell,” since she grew up in England and Montreal. He pointed out, “She sees it a little bit here and there.”

His kids have watched, but “they're not impressed.”

Check out “The Passage” Mondays on FOX. 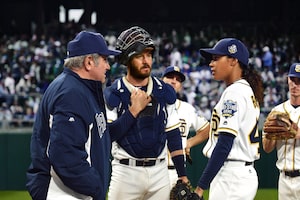 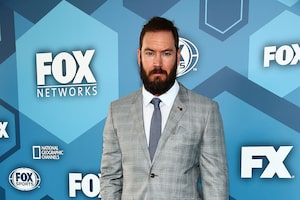 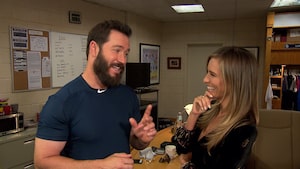