Just weeks after her hospitalization, “90 Day Fiancé” star Ashley Martson is back in a hospital after she was found unconscious at her home.

On Sunday, Martson revealed on Instagram, “I was found unresponsive this morning at my home. The Ambulance took me to the hospital where it was found that I am in acute kidney failure due to lupus.”

“I will begin dialysis shortly. I will not let this beat me. I know I'm strong enough to battle through this,not just for myself but for my kids,” Martson continued. “I will be transferred to another hospital this evening that is better equipped.”

Along with posting a photo of herself in a hospital bed, Ashley asked for prayers and thanked people for the continuous support. 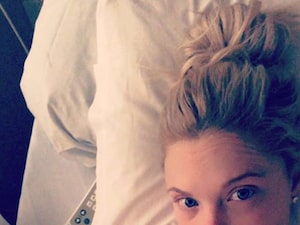 Martson's Instagram page also includes a GoFundMe page to help her financially since she'll “be out of work for months.”