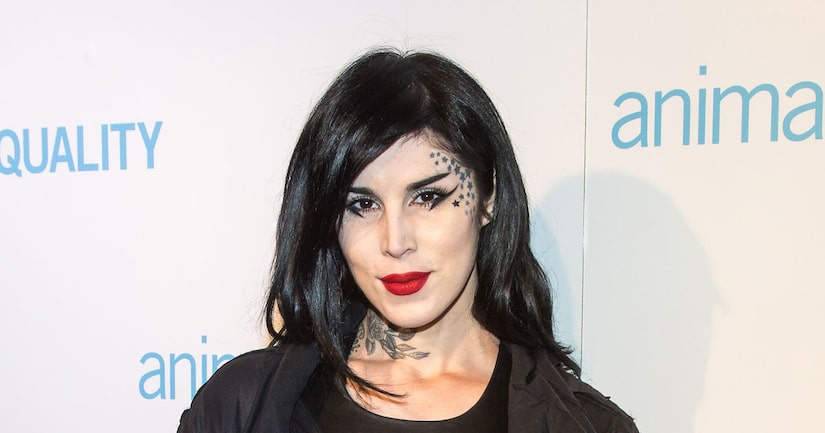 The star shared a sweet video of herself breastfeeding 5-week-old baby Leafar as they enjoyed some sunshine outdoors.

Kat is known for her signature black eyeliner and red lips, so it was a rare glimpse at her natural beauty.

She wrote in the caption, “Getting some of that vitamin Double D! Sunshine party! We try and spend daily time with Leafar outside in our front yard — especially now that he's hit his first mental development leap at age 5 weeks.”

Von D continued, “His heightened sense of alertness, smell and touch make going outside such a treat for him [and for us]. So much magical bliss [and boobs].”

Many fans left supportive words for Kat in the comments, and one woman got some encouraging words from the star.

The commenter wrote, “I've never been able to have a baby (I've miscarried twice) but seeing this is beautiful and makes me cry happy tears.” Kat responded, “I miscarried twice before we had Baby Leafar. Never say never!”

The 36-year-old and husband Rafael Reyes, also known as Leafar Seyer, wed in February and welcomed baby Leafar on November 29. 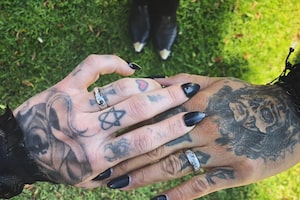 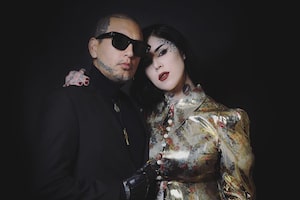 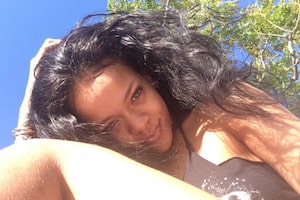