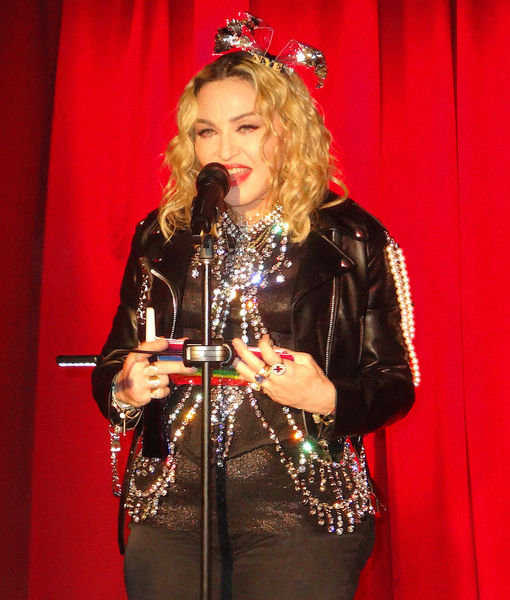 Echoing her famous, headline-making responses to nude photos early in her career — "So what?" and "I'm not ashamed!" — Madonna has clapped back at body shamers criticizing her for displaying more junk in the trunk at a surprise New Year's Eve appearance.

The Queen of Pop shocked fans by showing up at the legendary Stonewall Inn, the birthplace of the modern gay rights movement, after a set by DJ Chauncey D in order to give a heartfelt speech about the 50th anniversary of the Stonewall Riots, about fighting for each other, and about spreading love. Afterward, she sang "Like a Prayer" and covered Elvis Presley's "Can't Help Falling in Love," accompanied by her 13-year-old son David Banda. 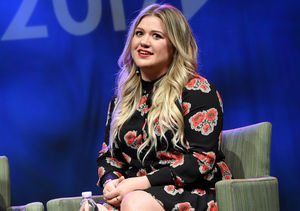 Ironically, though the icon had just urged the crowd to commit "random acts of kindness," people on social media zeroed in on Madonna's backside in photos from the event, noting that it seemed suddenly bigger, "out of proportion," and suggesting she had had work done.

As the speculation led to her name trending on Twitter, Madonna on Friday posted a defiant pic of herself from the event on Instagram with the caption, "Desperately Seeking No Ones Approval..................😂. And Entitled to Free Agency Over My Body Like Everyone Else!! Thank you 2019 🎉🎉🎉! Its Going to Be an amazing Year!! 🔥🔥🔥! #2019 #freedom #respect #nofear #nodiscrimination."

Later that night, in case the message was not clear, she posted a meme that reads, "What doesn't kill be, better f*cking run," with the caption, "Shalom."

Madonna, who is expected to release a new album and launch another tour in 2019, was recently announced as a Stonewall Ambassador in support of Stonewall Day and the 50th anniversary of the riots. Fans have speculated that she could headline WorldPride in NYC in June. 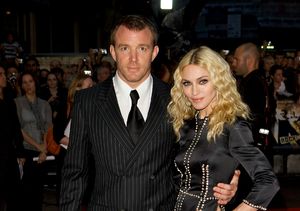 Live Like a Star! Rent Madonna & Guy Ritchie’s Former Home on Your Next… 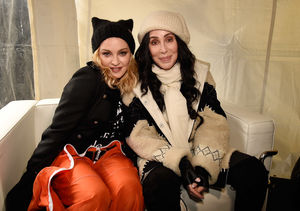 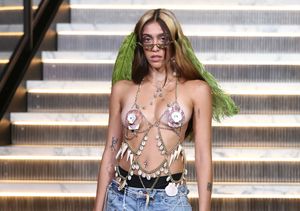 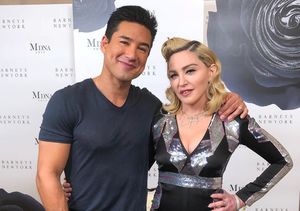 Madonna on Her Epic Oscar Parties, Plus: Her Secret to Success