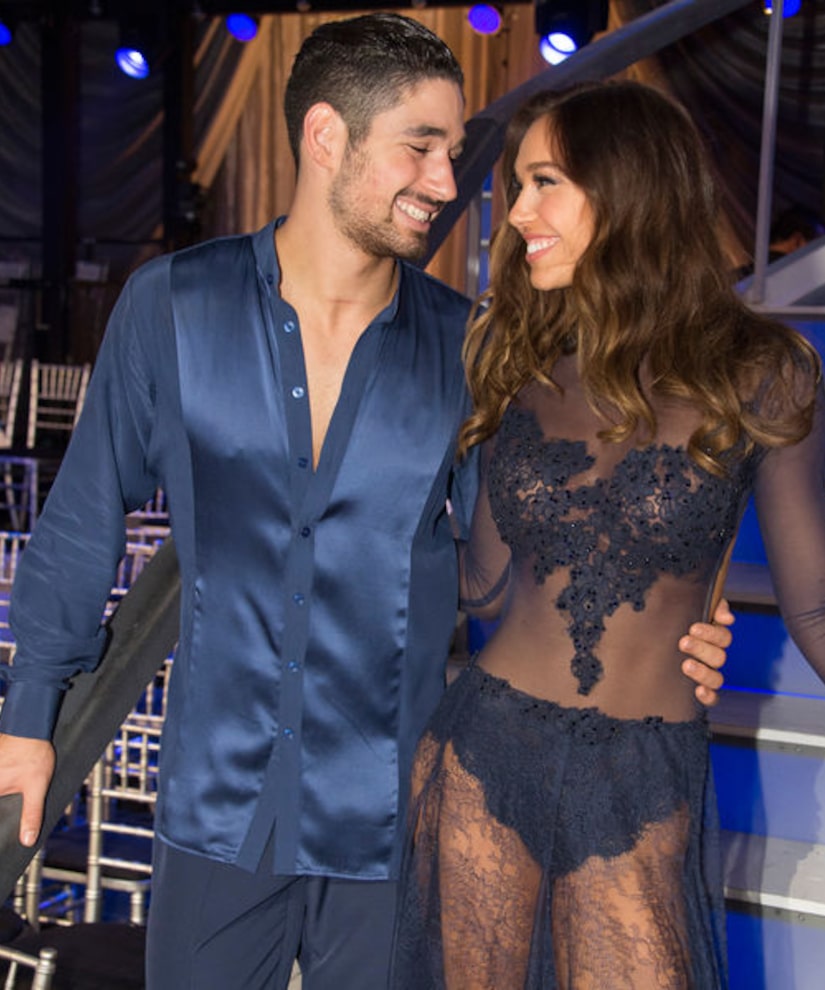 Former “Dancing with the Stars” partners Alexis Ren and Alan Bersten have called it quits, reports Us Weekly.

A source revealed, “She's in Japan working, and he's going on tour in a couple of weeks, but they are still talking and still consider each other friends. They aren't in the same country for a while, which makes a relationship hard, but they are open to whatever the future might hold.”

Earlier this week, an Instagram user asked Alexis about their relationship. She replied, “feelings aren't black and white and neither is life. We're focused on our careers and growing as individuals. He's an amazing person and I'm grateful he came into my life. He's on his own journey and I respect that.”

Ren revealed her feelings for Bersten on the Oct. 29 episode of “DWTS,” and they shared an onscreen kiss the following week.

“Extra's” Terri Seymour caught up with the pair at the finale, after they took fourth place. She asked what was in store for them after the show. Watch the video to see their reaction!