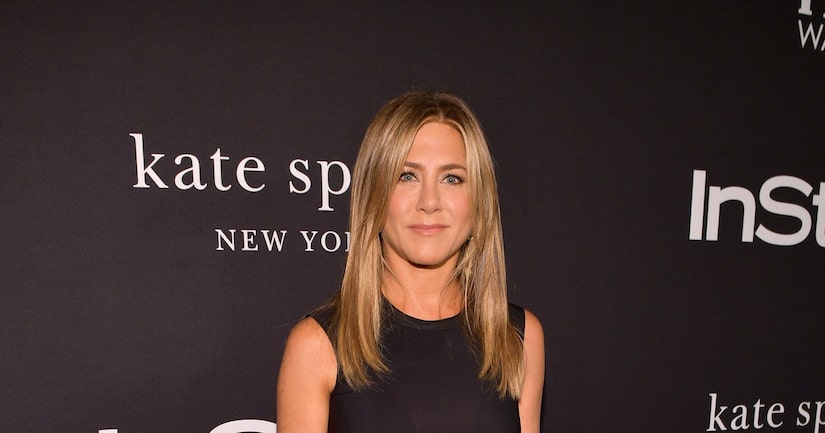 Jennifer Aniston and Dolly Parton are working together on the new Netflix movie, “Dumplin'.”

“Extra's” Tanika Ray sat down with Jen and Dolly to discuss the film, which centers on a confident teen girl named Dumplin'.

In the movie, Jennifer plays the teen's mom, a former beauty queen. She was able to relate to the mother-daughter relationship, saying, “My mom and I always had sort of a push and pull relationship. She was a model and was raised during a time when her parental support wasn't very strong, if any, so she was doing the best that she could do to teach me what she was taught… I really connected to that in the movie. There was that relationship... I felt a lot of empathy toward Rosie… she was just doing the best she could.” On what drew her to the project, Jen revealed, “It just told such a beautiful story that we are in need of, I think right now, for young girls – in terms of loving themselves, in terms of supporting and nurturing female friendships and female empowerment. It ticked a lot of the boxes, and I was able to work with all these incredible women. I knew Dolly was going to be a part of it.”

Dolly added, “I had friends that told me about this book that was out that had me in it. I read it and was very touched, and very moved by it. Somebody said, 'You should adapt it into a movie.' I said I couldn't do that, that's too self-serving.”

She continued, “Couple years later, I heard from Jennifer and all them, and I thought, 'Wow, I would definitely be involved in the music.”

Dolly wrote the theme song with Linda Perry, saying, “We were so excited about the music, we worked together... and how fast it was coming... so we wrote five new songs. I was very proud to be part of the music.”

Jen smiled, pointing out, “It was supposed to be just one song. She was gonna write just one, and then it just kept coming.”

Dolly emphasized, “It just touched me. It has so many elements to it, that are empowering to women, and how the mother-daughter relationship ends up being stronger than ever… there was a lot to write about.”

Dolly and Jen are bringing major female power to “Dumplin'.” Talking about the Me Too movement, Dolly said, “I have always lived my femininity… I'm all for us being seen and appreciated, and paid accordingly, but I just kind of try to be the example.”

Jen said, “I think it's just incredible, anything that's progress in terms of how we are treated is a wonderful thing. It's been very eye-opening. It's created a lot of connections and relationships among women. It's been a bit of a, 'Whoa, I am shocked' year and a half.”

Reflecting on her career, Jennifer added, “How lucky I am I got through that without having any emotional scarring.”

Jen then laughed at reports claiming she sought treatment after her breakup with Justin Theroux, saying, “I've been in therapy for years.” 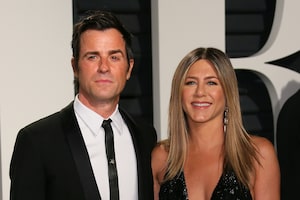 Justin Theroux Opens Up on 'Heartbreaking' Split with Jennifer Aniston