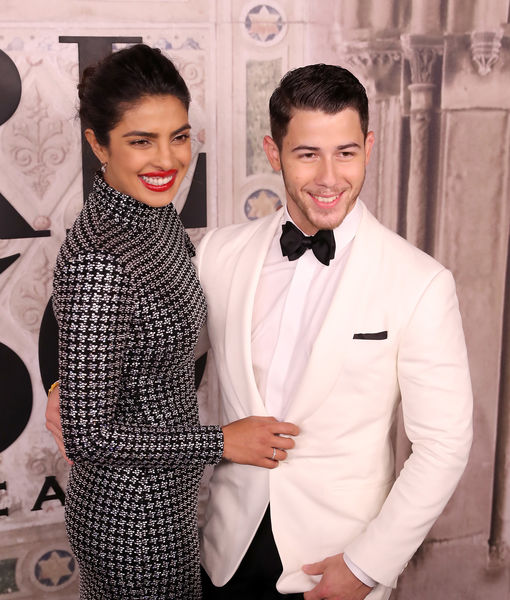 The wedding, a western ceremony officiated by the groom's father, took place at the Umaid Bhawan Palace in Jodhpur, Rajasthan.

The couple announced they were engaged in July after beginning to date in 2017. They had a Twitter friendship that began in 2016. 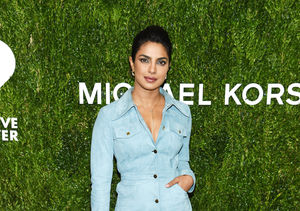 Both wore custom Ralph Lauren for the wedding, as did their family and their entire wedding party.

Among the groomsmen: Priyanka's brother Siddharth and Nick's brothers Kevin, Joe and Frankie.

On Sunday, the two will do it all over again — they will be celebrated at a Hindu ceremony to honor Priyanka's heritage. 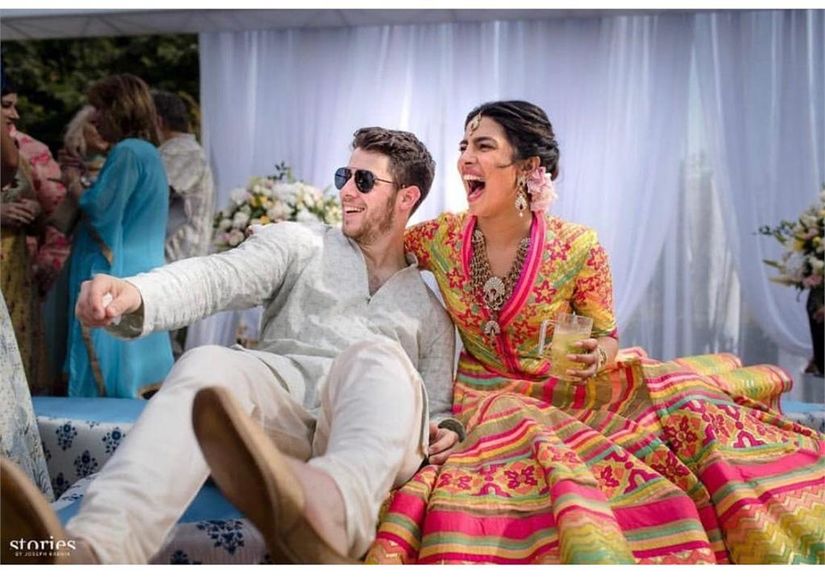 On Friday, the pair celebrated with a Mehendi, a traditional party at which they wowed in threads by Sandeep Khosla and Abu Jani. Chopra's gown from that day is described as "48-multipanelled organdy sherwani embellished in silk detailing" with two organza layered drapes, while Jonas's look was a "pale pistachio-green/aqua Banarasi cotton Bakhiya kurta, embellished in finest threadwork embroidery in various stitches." 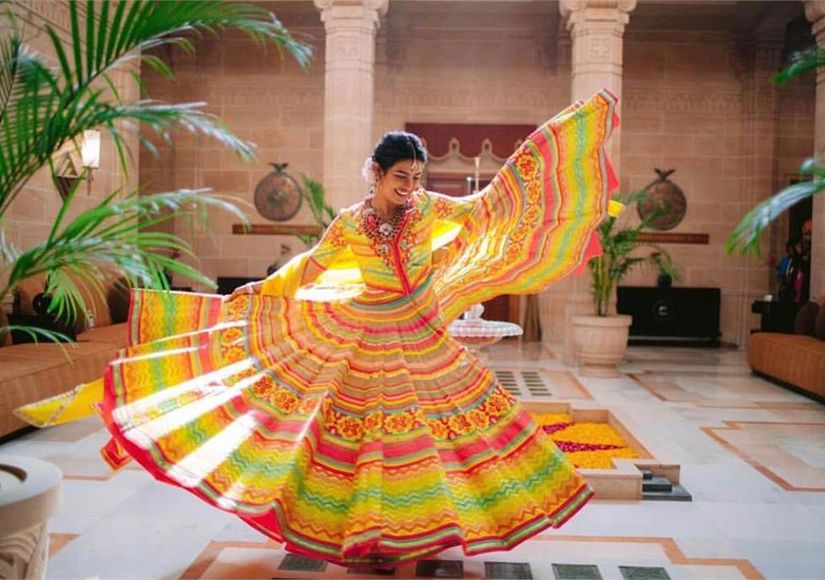 Khoslajani.com
The garment moved so beautifully. 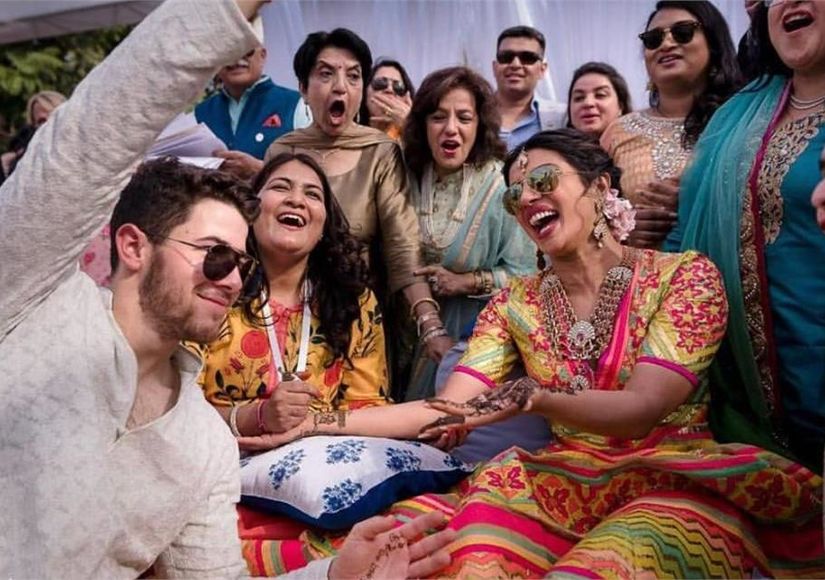 Khoslajani.com
Nick got into the spirit of things. 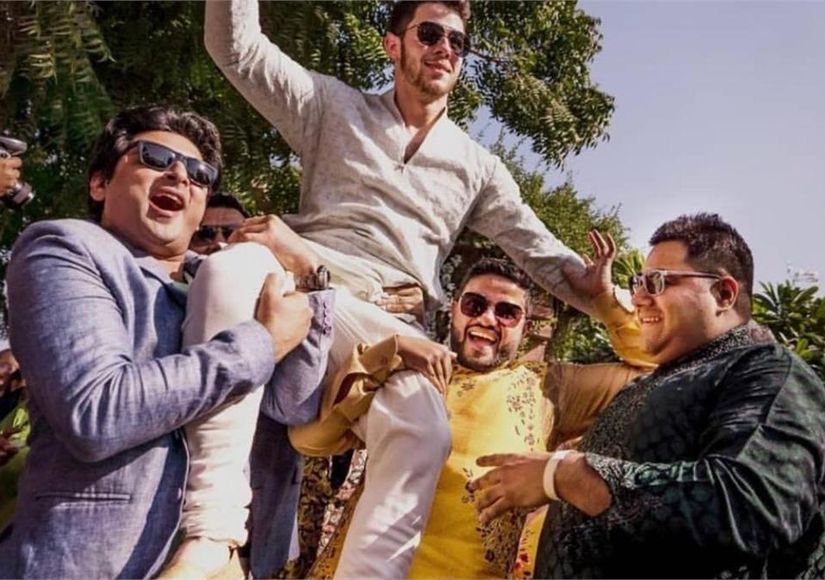 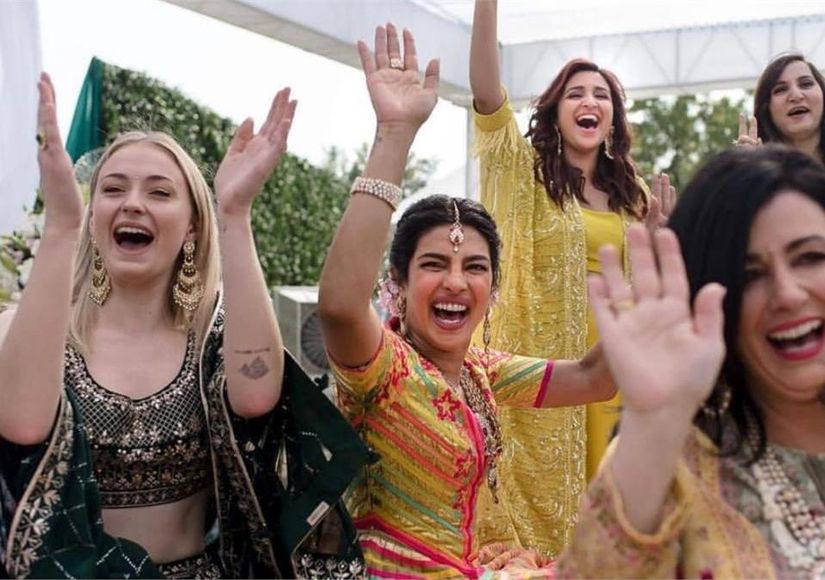 Khoslajani.com
The Mehendi is about celebration — and this one looked perfect!

The designers — who were the creative directors, planners, and designers of the entire wedding — said of the couple's looks, "A Mehendi calls for joyous and exuberant celebration. Priyanka's outfit is a burst of colour. Nick's aqua is the perfect balance. They looked like a dream together."

The theme for the Mehendi was "the Blue City," a nod to host city Jodhpur, which unleashed a flood of blues, yellows, and, of course, white. 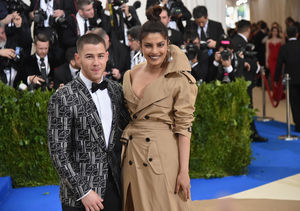 Love at First Sight! Nick Jonas Got Down on One Knee When He Met Priyanka Chopra

Ben Affleck & Sienna Miller Are Not Dating, Despite Holding Hands…