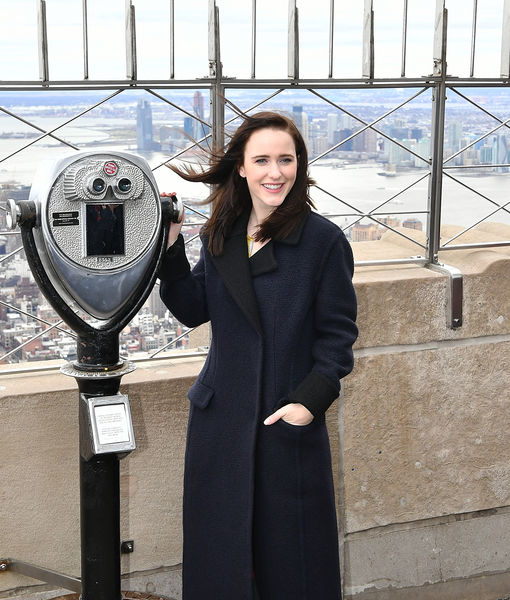 Alongside her Emmy-winning co-star Alex Borstein, Rachel opened up about the number of wounds she has received while working on the show. She shared, “I was just talking last night about how many injuries I sustained this season. I really did a number on myself!”

When asked for a specific instance, Rachel revealed, “It’s the opening scene of the season, actually, with all the girls. Midge has been demoted to the switchboard after her big blowout with Penny at the end of season one. She gets moved downstairs to the switchboard room. It involves a lot of rolling chair choreography… I was supposed to kick off this filing cabinet and kind fly the length of the room, which was quite far.”

Alex chimed in, “And roll back.”

Rachel agreed, saying, “You roll backwards across the room and I kicked and just something happened and I went straight over backwards in this chair. And trying not to hit my head, somehow, I smashed my calf with the chair and had this bruise, the length of my entire calf, that was actually the most beautiful injury I’ve ever sustained. It turned every single color of the rainbow.”

Alex laughed, adding, “It looked a bit like Jupiter!”

Rachel noted, “And during that same scene, I sliced my knuckles open trying to plug something in really fast. It’s a dangerous gig!” She joked, “I could have broken my face, you know, then what?!”

Season 2 of “The Marvelous Mrs. Maisel” will stream December 5 on Amazon Prime Video. 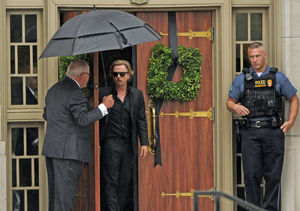