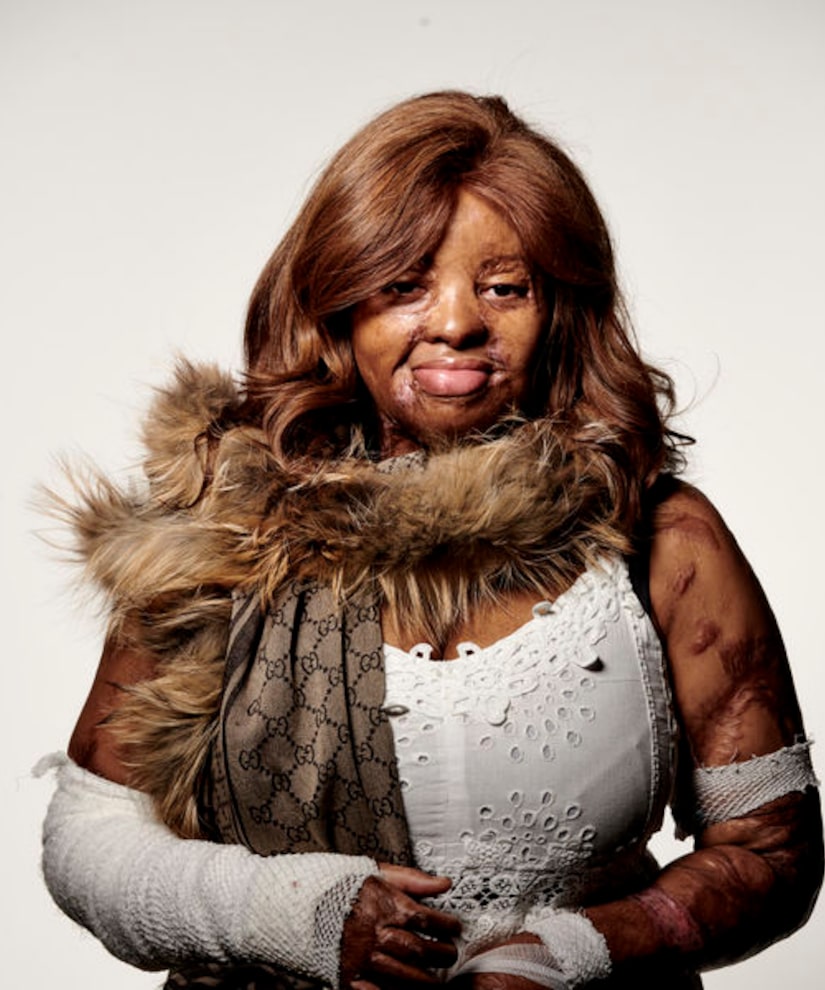 Kechi Okwuchi touched the hearts of judges, fans and millions of Americans when she appeared on “America's Got Talent” in 2017.

She was a plane crash survivor who suffered third degree burns over 65 percent of her body and had undergone nearly 100 surgeries, who went on to wow the “AGT” crowd with her amazing voice.

After making it to the “AGT” finals, the spotlight turned off and the 29-year-old conqueror was still feeling the physical pain of her scars.

The producers of “Extra” teamed up with Artists for Trauma's Laura Sharpe and a medical team, including Dr. Andrew Frankel and Dr. Peter Grossman, to help the singer.

“Extra” sat down with Okwuchi, who detailed some of her ongoing ailments, telling us, “When I blink and when I close my eyes, one eye does not close completely… one of my ears, I don't have a lobe.”

She went on, “I can't straighten my arms the way I want to. The biggest thing is my neck. If I can get even more of an extension there and there's a chance of that I'll take it.”

Dr. Frankel, a Beverly Hills plastic and reconstructive surgeon from the Lasky Clinic, hoped to bring her relief and restore basic function in her face and neck.

The plan was to “release some scars along her neck to give her the ability to extend her head more fully and release webs at the sides of her eyes that are currently impacting her ability to see out of the sides.” He added, “Kechi also has complaints about not being able to fully close her eyes.” 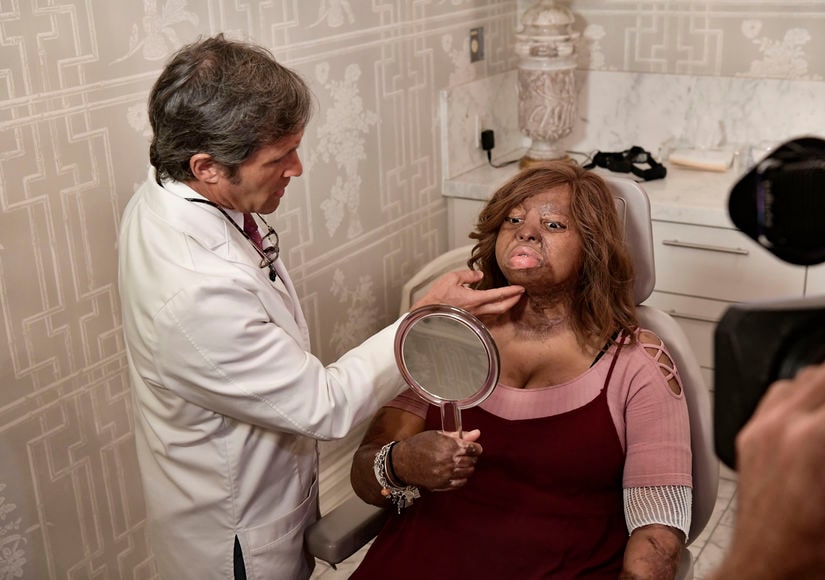 Per Bernal
Dr. Frankel and Kechi

After a four-hour surgery, Dr. Frankel was able to fix Kechi's eyelids so she could close her eyes, and made her cheeks symmetrical. Another big improvement… she can now turn her neck!

Next, Laura Sharpe, who was a past patient of Dr. Frankel's and founded Artists for Trauma, helped transport Kechi to the Grossman Burn Center.

Sharpe praised Kechi as “incredibly special,” and believes “God works through her voice and the power of her voice and her message is what Artists for Trauma is all about. She exemplifies recovery in art.” 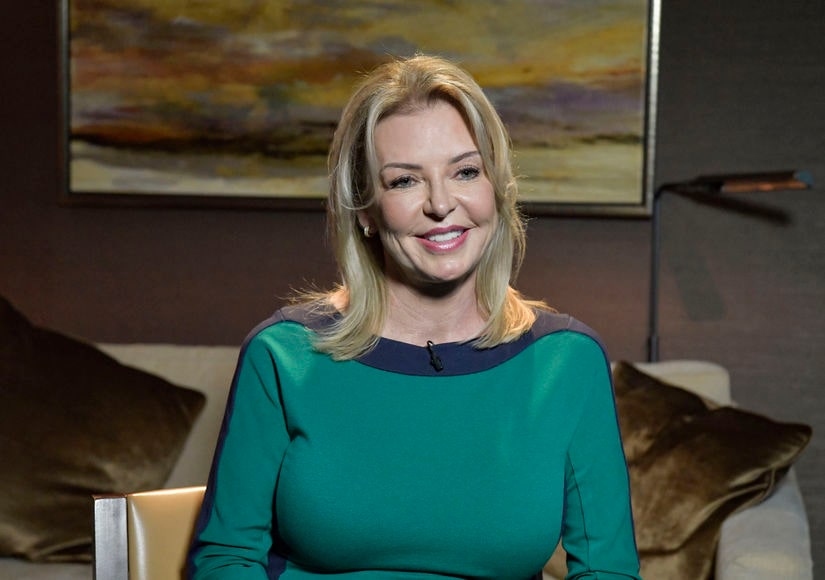 After checking into the burn center, Dr. Grossman hoped to address the range of motion in Okwuchi's fingers, hands and arms, and treat her injured nail beds.

Dr. Grossman explained, “When you see her on stage she's using her arms. It's a struggle for her because she's always feeling that pulling and that tightness… burn reconstruction is a process and there are lots of things that can still be done to give her better quality and better happiness.” 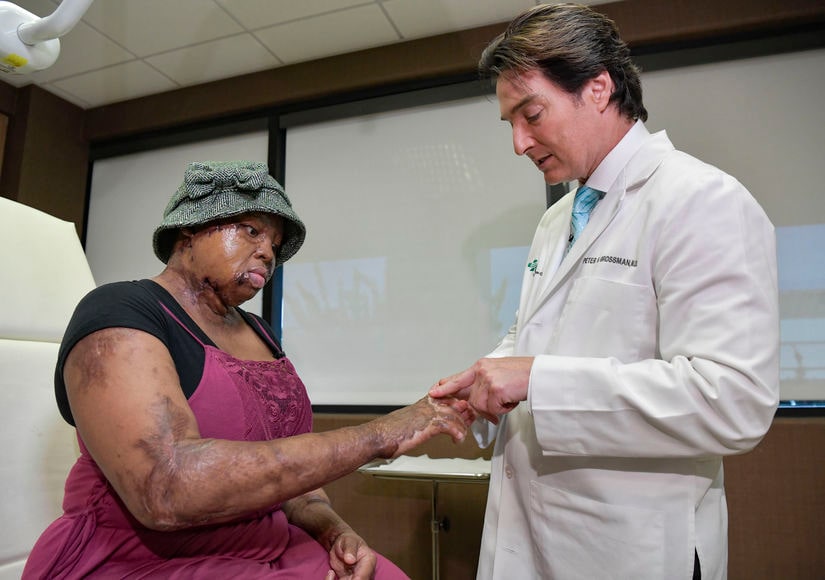 Per Bernal
Kechi and Dr. Grossman

Kechi was feeling good after the surgery, but her journey is not over. She still has a ways to go as these doctors continue to work with her.

Fans of Kechi will be excited to hear she's heading back to television. The singer will appear on “America's Got Talent: The Champions” in January!

Okwuchi even had a special message to share with “AGT” judge Simon Cowell for helping her along the way. She told him, “I just want to tell you thank you so much for everything you do for people like me and I'm just so grateful that 'Extra' saw me through your show and did all this for me as well, so once again thank you and I hope I see you soon.”

“Extra” showed Simon the video and he responded with his own sweet message, saying, “What you said means an awful lot to me… I'm glad you trusted us with the show, and I'm thrilled that through the show you're getting everything you deserve. You changed our show and I'm glad we've now become friends, and you know I love you because I really do.”