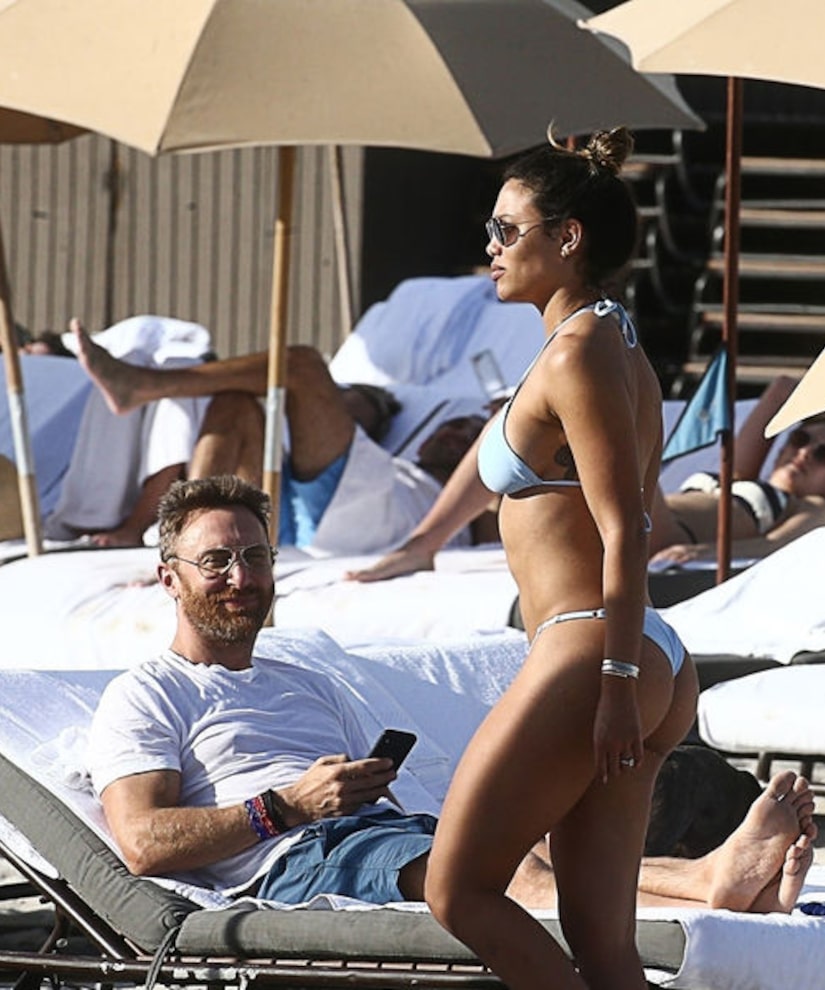 The two are currently vacationing in Miami. On Monday, a bikini-clad Jessica was spotted wearing a huge diamond sparkler on her left ring finger while soaking up the sun with David.

According to TMZ, they are not engaged. A source claimed that the sparkler is a promise to "love and commitment."

David and Jessica started dating in 2015, the same year his divorce was finalized with ex-wife Cathy. At the time, a source told Page Six, “They've known each other as friends for about two and a half years. But she has been going on the road with him recently.”

Amid the engagement rumors, David just released a brand-new music video for his song “Say My Name” featuring Bebe Rexha and J Balvin.

Guetta is known for hits like “Titanium,” “Play Hard,” and “Hey Mama.”