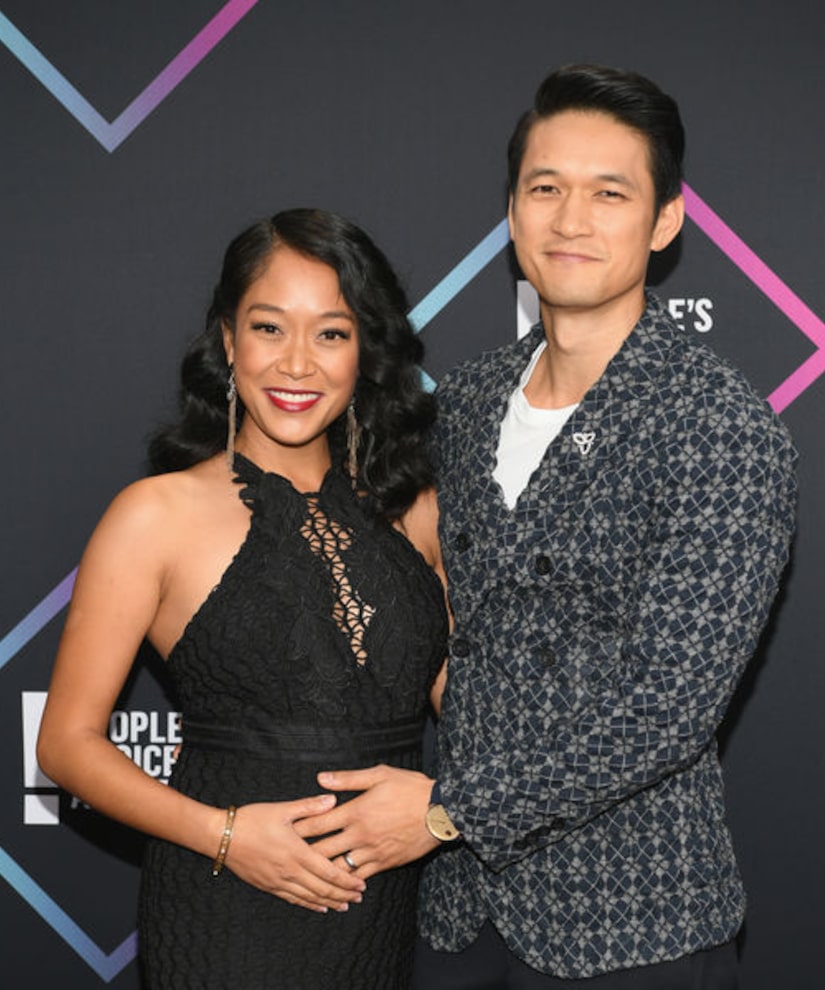 Actor Harry Shum Jr. is going to be a dad for the first time!

On Sunday, Harry announced that he was expecting with wife Shelby Rabara by posting a photo of himself hiding behind her baby bump.

Hours after the reveal, Harry and Shelby made an appearance at E! People's Choice Awards 2018, where he cradled her bump.

Harry told Giuliana Rancic, “That wasn't a surprise. I was like, 'Okay, cool, let's do this.' I don't know how other people who are expecting right now are [feeling]. It doesn't fully feel real yet, but, you start seeing the bump and you're like, 'This is becoming really real.'”

Shum Jr. revealed that Shelby was pregnant with a girl, saying, “I'm excited for her and for us. We haven't even planned out the baby room, none of that. We're just excited that we're about to have a baby."

He continued, “I can't wait to dress her up. I always see those cool shoes. These shoes are so little and they're so small. They're so light. It's weird, I look at those shoes and I'm like, please everyone give me all the shoes so I can give her these cool shoes to have. I just love seeing them walk around and wobble in those shoes."

Harry and Shelby tied the knot in 2015 after nearly 10 years of dating.