“The Real Housewives of Atlanta” star Porsha Williams and Dennis McKinley are getting hitched!

Over the weekend, McKinley popped the question to Williams, who is pregnant with their first child.

Of the romantic proposal, which had “candles and rose petals everywhere,” her rep told People magazine, “Dennis rented out a venue and took Porsha via helicopter there.”

“After they were officially engaged, they threw a prayer party for Baby McKinley. She doesn't want any focus on the ring, etc., but it's huge and gorgeous!” her rep continued. “Dennis had videographer and photographer and has been working on the proposal for two months.”

On Sunday, Porsha hinted that she was engaged by posting a pic of herself sporting a huge diamond sparkler. She wrote on Instagram, “Feed off of good energy or bad energy will feed on you! - PW 🎭.”

Porsha recently opened up about having a baby with Dennis, telling People, "It's like a dream come true.”

Their engagement comes at the same time as the release of the new trailer for the 11th season of "Real Housewives of Atlanta." Watch! 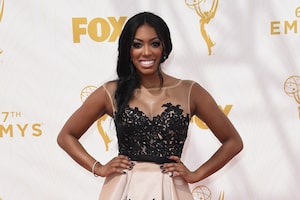 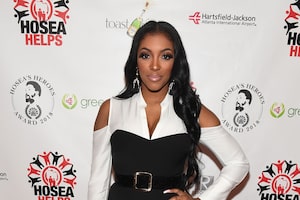 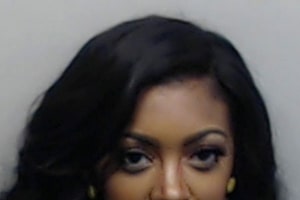