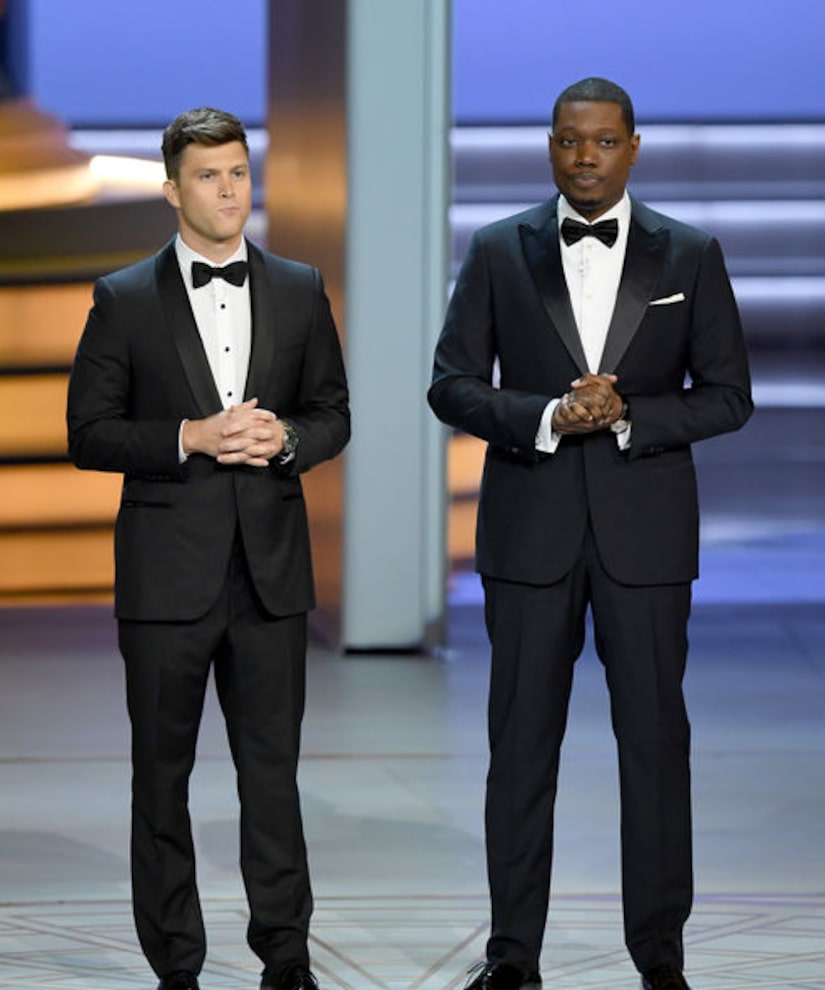 Hosts Colin Jost and Michael Che are center stage as the 2018 Emmys are handed out... and "Extra" is there to give you running commentary on the night's festivities!

7:50 p.m. Will Ferrell is taking his sweet time presenting Outstanding Comedy Series! The winner is... "The Marvelous Mrs. Maisel"!

7:31 p.m. "Saturday Night Live" just won Outstanding Variety Sketch Series! Lorne Michaels spoke for the group, pointing out that in 1975 there was talk of network television going away, and yet "SNL" just won and the Emmys are on NBC!

7:27 p.m. It's time for Outstanding Reality Program Competition... and the winner is "RuPaul's Drag Race"!

7:11 p.m. Sarah Paulson is up to present Outstanding Lead Actress in a Drama Series! The winner is Claire Foy from "The Crown"! "This wasn't supposed to happen," she gushed. She dedicated the award to the cast and her co-star Matt Smith.

7:08 p.m. The Fab 5 from "Queer Eye" are up to present Outstanding Lead Actor in a Drama Series! The award goes to Matthew Rhys from "The Americans"! Matthew joked that Keri Russell told him, "If you propose to me I will punch you clean in the mouth!" 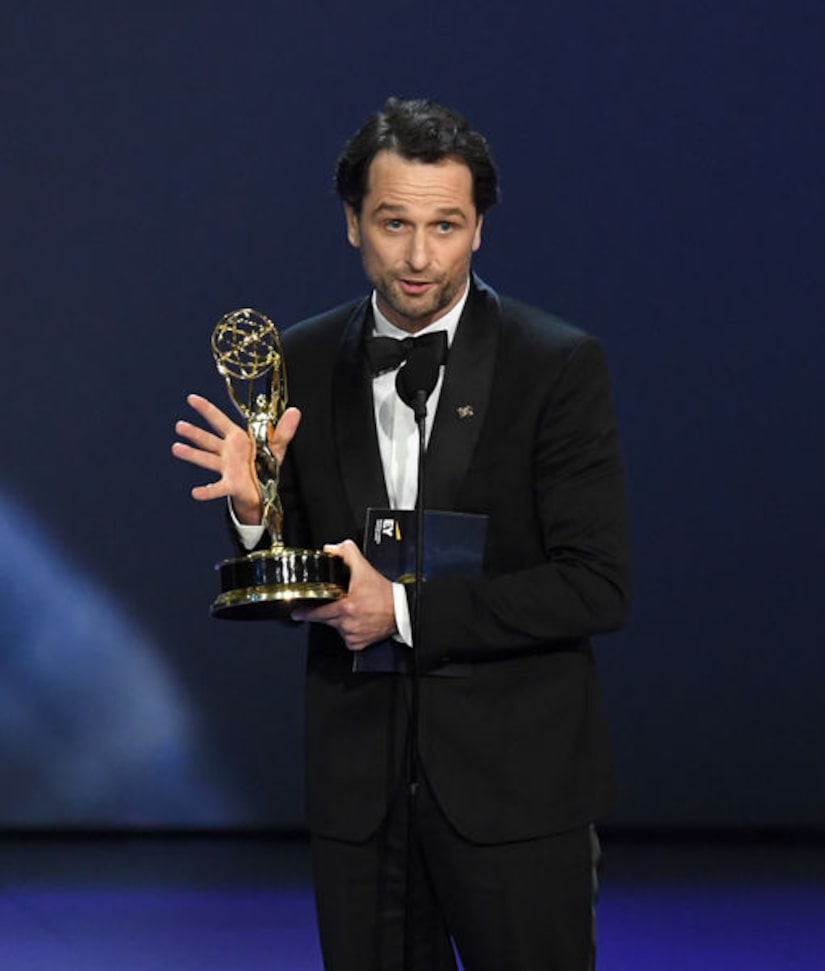 7:01 p.m. Hannah Gadsby takes the stage to present Outstanding Directing for a Drama Series. Stephen Daldry was the winner for "The Crown," but he wasn't there to accept the award.

6:59 p.m. Joel Fields and Joe Weisberg just nabbed the Outstanding Writing for a Drama Series for "The Americans"!

6:51 p.m. Elisabeth Moss and Samira Wiley present the award for Outstanding Supporting Actor in a Drama Series. And the winner is... Thandie Newton for "Westworld"! Newton started off with "I don't even believe in God, but I'm going to thank her tonight." She went on to share her love for the cast and crew of "Westworld," and even got so excited she got censored!

6:48 p.m. Samantha Bee and Taraji P. Henson are up to present Outstanding Supporting Actor in a Drama Series. The winner is Peter Dinklage from "Game of Thrones"! Peter had many thank yous, but was sure not to forget his wife Erica this time!

6:38 p.m. Tina Fey introduces the in memoriam, which starts with Aretha Franklin singing "Amazing Grace." It's heartbreaking as Anthony Bourdain, Harry Anderson, Bernie Casey, Della Reese and others are remembered.

6:32 p.m. An Emmys proposal! Glenn Weiss picked up his Emmy for Outstanding Directing for a Variety Special for "The Oscars" and popped the question to his girlfriend Jan during his acceptance speech. He gave Jan his mother's engagement ring, and had this message for his siblings, "Dad knows I have it!" Glenn revealed during his speech that his mom passed away just a few weeks ago.

6:30 p.m. Sterling K. Brown and Ron Cephas Jones drop some dad jokes before handing out Outstanding Direction in a Variety Special to The Oscars!

6:27 p.m. Abbi Jacobson and Ilana Wexler just handed the Outstanding Writing in a Variety Special Emmy to John Mulaney. He joked that his wife told him she couldn't be bothered to fly across the country to watch him lose!

6:16 p.m. Larry David and Rachel Brosnahan are up to present and Larry jokes that he just can't do banter, making for a funny and awkward moment. The pair hand out the Outstanding Lead Actor in a Limited Series or Movie to Darren Criss for "American Crime Story: The Assassination of Gianni Versace." Darren gives an emotional speech and tells his fiancee Mia Swier, "You roll the windows down and pump up the music in my life!"

6:12 p.m. RuPaul and Leslie Jones are giving the nominees drag names and presenting Outstanding Lead Actress in a Limited Series or Movie. The winner is Regina King for "Seven Seconds"! Regina called the win "amazing" and admitted she wasn't expecting it.

6:10 p.m. An emotional Ryan Murphy just picked up a trophy for Outstanding Directing for a Limited Series, Movie or a Dramatic Special for "American Crime Story: The Assassination of Gianni Versace."

6:04 p.m. Alec Baldwin and Kate McKinnon introduce 24-time nominee Betty White. Betty proved she's still got it, dropping jokes at every turn as she thanks the industry for her long career.

5:55 p.m. Bob Odenkirk and Aidy Bryant are up to present Outstanding Writing for a Limited Series, Movie or Dramatic Special. The winner is "Black Mirror"!

5:52 p.m. Constance Wu and Kitt Harington are up to present Outstanding Lead Actor in a Limited Series or Movie. Jeff Daniels wins for "The Looming Tower." He has a great piece of advice for young actors... don't lie about knowing how to ride a horse!

5:50 p.m. Fred and Maya are back, but they still don't seem that prepared to talk about the history of the Emmys. Oops!

5:49 p.m. Chrissy Teigen and John Legend are up to present Outstanding Supporting Actress in a Limited Series or Movie. When John tries to bring up what a week it has been, Chrissy quips, "We get it, you won the EGOT." He quickly tells her he was talking about their anniversary. The big winner? Merritt Wever for "Godless"!

5:48 p.m. Colin and Michael return to the stage and bring on Fred Armisen and Maya Rudolph to give a history of the Emmys, considering it is the show's 70th anniversary. Too bad it doesn't seem like they've done their research.

5:45 p.m. Michael Douglas presents Outstanding Lead Actor in a Comedy Series and jokes that the losers should "carry that rage" and know they were robbed! The big winner is Bill Hader for "Barry."

5:35 p.m. Angela Bassett and Tiffany Haddish take the stage to present Outstanding Lead Actress in a Comedy Series. The winner is Rachel Brosnahan for "The Marvelous Mrs. Maisel!" She uses the platform to urge everyone to vote.

5:28 p.m. “The Marvelous Mrs. Maisel” star Alex Bornstein takes the stage and points out that she skipped wearing a bra. She urges women to sit down on public toilet seats - pointing out that if we all sit down, we can all sit down. Of course she then gets serious with her thank yous, including those to her children.

5:25 p.m. Tracy Morgan and Jimmy Kimmel are up next to present Outstanding Supporting Actress in a Comedy Series. The big winner is Alex Bornstein!

5:23 p.m. This is Henry Winkler's first Emmy win! He jokes that he has had the speech written for 43 years, and recalls some advice he once got from a friend. "If you stay at the table long enough the chips come to you."

5:20 pm: "The Crown" stars Matt Smith and Claire Foy present Outstanding Supporting Actor in a Comedy Series. Claire jokes that if they don't seem excited it is because they are British. The award goes to Henry Winkler for "Barry."

5:15 pm: Co-hosts Colin Jost and Michael Che take the stage and Che welcomes the many talented people "who haven't been caught yet." Colin points out that this is the first year guests get to drink in their seats, joking that people drinking at a work event is just "what we need right now."

5 pm: It was a star-studded kick off to the 2018 Emmy Awards as “Saturday Night Live” players Kate McKinnon and Keenan Thompson took the stage. They were quickly joined by Kristen Bell, Tituss Burgess, Sterling K. Brown, and Ricky Martin for a song and dance number joking about how Hollywood has solved the diversity problem.

Andy Samberg makes an appearance, but Kate quickly lets him know he can't stay. Soon after, RuPaul appears with a phone. Keenan picks up, saying into the receive, “We did not solve it?... Like spiking the ball at the 50 yard line? Putting the cart before the horse?” 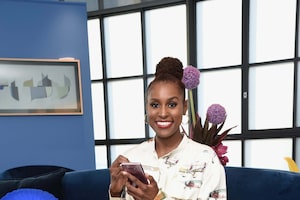 How Issa Rae Found Out About Her Emmy Nomination 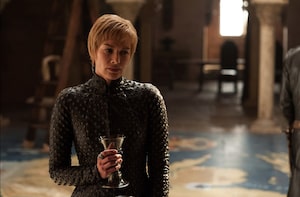