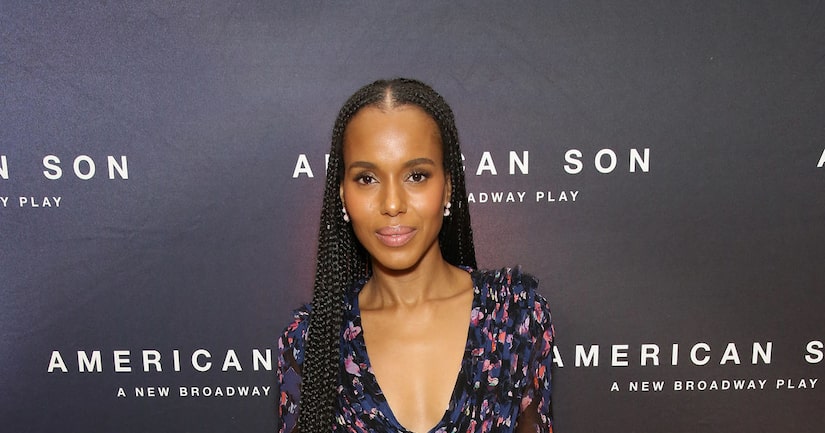 Kerry Washington is headed to Broadway!

On Friday, “Extra's” AJ Calloway caught up with Kerry as she prepares to hit the stage in “American Son.” The “Scandal” star is thrilled to be spending time in New York City. “I'm happy to be back in New York, happy to be back on the stage and to be doing this play, with this cast and this director… I'm like, 'Pinch me,' it's unbelievable.”

Her family is joining her in the city. “Everybody is loving it up in the Big Apple… this is my home, I'm from here, so it's great hanging out with cousins on the weekend, it's great.”

The 41-year-old also gave an update on her little ones, Isabelle and Caleb. She gushed, “Their worlds explode every day, it's so fun.”

As for her new castmates – Steven Pasquale, Eugene Lee, and Jeremy Jordan – Kerry raved, “The 'Scandal' family is hard to beat…So when I find opportunities that are close to that magic… I know how lucky I am.”

Washington also opened up on Tony-winning director Kenny Leon's rule for tardiness. She shared, “If you are late, you do push-ups. According to Kenny, Phylicia Rashad has done them, Denzel Washington has done them.”

Kerry hasn't had to do push-ups yet, but Kenny is pushing her “to do new things and grow as an artist.”

“American Son” is set for a six-week run, with a preview October 6, and opening night November 4. 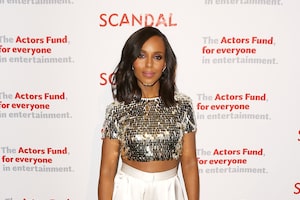 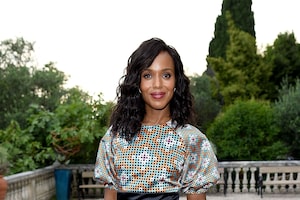 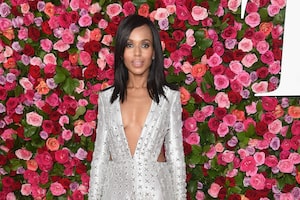