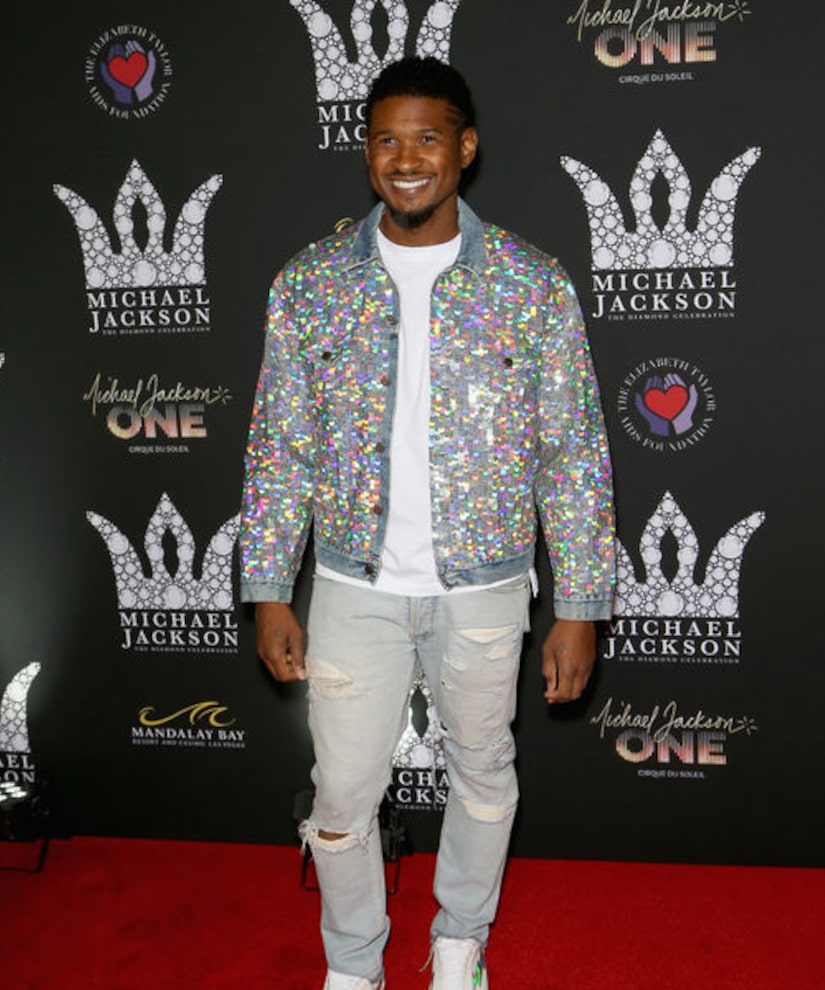 Wednesday was a night to celebrate music royalty as famous friends and family gathered to honor Michael Jackson on what would have been his 60th birthday at The Michael Jackson Diamond Celebration, held at Mandalay Bay Resort in Las Vegas. Michael's children Paris and Prince were also there to accept the posthumous 2018 Elizabeth Taylor AIDS Foundation Legacy Award for Humanitarian Service on his behalf.

“Extra's” Mark Wright caught up with Usher at the event, who was happy to celebrate Michael and his philanthropic work, saying, “Today is his birthday, so, really excited about that… I always noticed to be an artist, for Michael Jackson, was more than what he did as an entertainer, but also to who he influenced and who he advocated for. The work that he has been able to do with Elizabeth Taylor around the AIDS Foundation. I am really happy to support their efforts, but also to support children from all around the world.”

He also shared how Michael has inspired him. “One thing that really inspired me," Usher reflected, "was to be reminded that I am moving in the right direction, is, 'What you do is not easy, to perform and sing, to dance and actually sing, it's a talent, it's a gift, don't take it for granted.' That stuck with me forever, so I always manage to make it a priority to sing live.”

Usher said it is “an honor” to be compared to Michael as a performer.

Usher showed Mark how to dance, including one of MJ's signature moves. “Give 'em a Michael kick," he encouraged. Then, demonstrating, he said, "All right, check this out. You throw this leg up here. Boom.”

Laughing at Mark's efforts, Usher observed, “Something like that.”