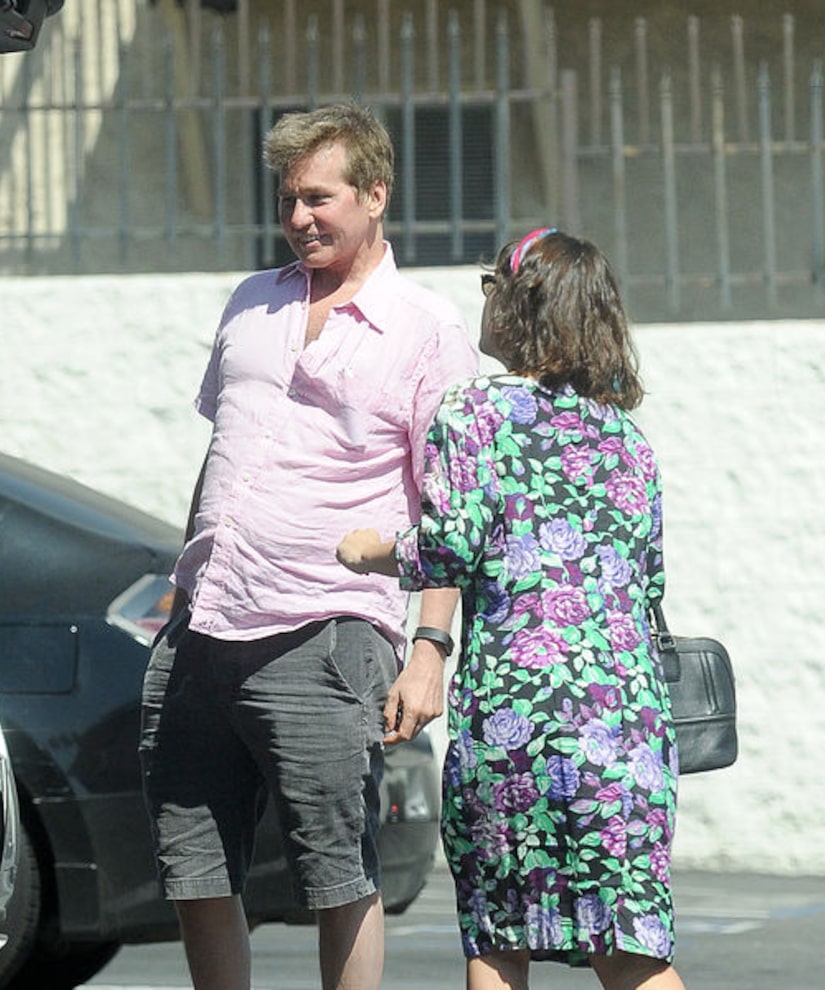 Val Kilmer was spotted at lunch with his daughter Mercedes as news broke that the sequel to the 1986 hit “Top Gun” has been delayed.

Kilmer, who has been battling throat cancer, looked happy and healthy as he chatted with Mercedes outside a Zankou Chicken in L.A.

Despite his recent health issues, Val is reprising his role as Iceman in “Top Gun.”

“Extra” caught up with this co-star Tom Cruise in July, who noted how “special” it is to work with Val, and shared, “He's doing really well.”

Tom will reprise his role as Maverick in “Top Gun: Maverick,” which has been pushed back to June 2020.

Paramount says the delay is due to complicated and technical flight sequences.