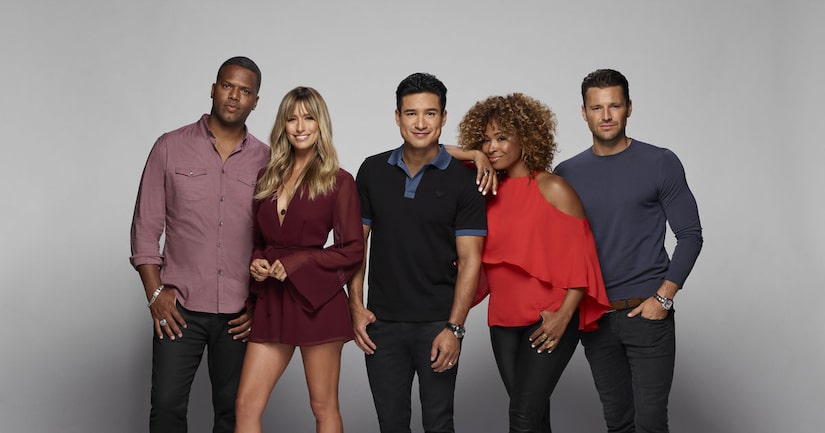 “Extra” has continually reinvented and refreshed its format to deliver daily entertainment and pop culture news in a unique and trailblazing way. Co-hosted by Mario Lopez, Tanika Ray and Renee Bargh, the show is broadcast from the epicenter of entertainment, Universal Studios Hollywood, in front of an electric live crowd. Co-host AJ Calloway reports from New York City.

Rounding out the team are correspondents Mark Wright, Terri Seymour, Michael Corbett, Jerry Penacoli and Adam Glassman, who break news and interview the biggest stars in the world. “Extra” is also the only show in the genre with a Las Vegas bureau.

To kick off season 25, “Extra” will throw the ultimate on-air reunion party on Monday, September 10th, welcoming back “Extra's” favorite former hosts and personalities, including Mark McGrath, Leeza Gibbons, Libby Weaver, Dayna Devon, Samantha Harris, Jon Kelley, Tracey Edmonds, Charissa Thompson, David Rose, Wendy Walsh, Lauren Sanchez, Brad Goode, Arthel Neville and Dave Nemeth, who are among the names who will be a part of this special episode, reminiscing and sharing their favorite “Extra” stories, and updating the audience on their lives today.

Senior Executive Producer Lisa Gregorisch-Dempsey said, "'Extra' is more than a show, it's an experience. We're the only entertainment show in which fans can participate in the interviews and get to see A-list actors, musicians, athletes and newsmakers live and in person. The stars love the energy and the opportunity to meet their fans up close. I am so proud of this team that has kept 'Extra' not only relevant, but at the forefront of our genre.”

Throughout the season, the show will celebrate its milestone by airing incredible video from the “Extra” video vault, from George Clooney before he was famous, shooting hoops on the "E.R." set in 1994, to a still relatively unknown Jennifer Lopez working out in the gym in 1996.

Over the course of 25 years, “Extra” has been in front of the biggest headlines. In 1995, “Extra” covered the OJ Simpson trial extensively as it captivated the nation. Only “Extra” spoke with an inconsolable Faye Resnick, Nicole Simpson's best friend, right after the not guilty verdict was read. In 1997, “Extra” took viewers to London for in-depth coverage of Princess Diana's death, with inside information from the royal family. In 1998, “Extra” made the front cover of the New York papers with an explosive expose revealing TV's #1-rated daytime talk show at the time, Jerry Springer, was entirely scripted. In 1999, “Extra” obtained the final video of John F. Kennedy Jr. performing a safety check on his plane, hours before the fatal plane crash.

“Extra” also made headlines in 2016, teaming with former First Lady Michelle Obama and "NCIS" cast members to surprise and reward a worthy hero.

In just the last season, the exclusives have continued. Sarah Jessica Parker chose “Extra” to break the news that production on "Sex and the City 3" was cancelled. Former White House press secretary Sean Spicer gave “Extra” his first and only interview reacting to Melissa McCarthy's portrayal of him on "Saturday Night Live," and comedian Jerry Seinfeld told only “Extra” why it appeared that he publicly dissed Kesha by refusing to hug her on the red carpet.

“Extra" has been nominated for five Daytime Emmy Awards and has won twice for Outstanding Entertainment News Program. The series premiered September 5, 1994 with original hosts Arthel Neville and David Nemeth.