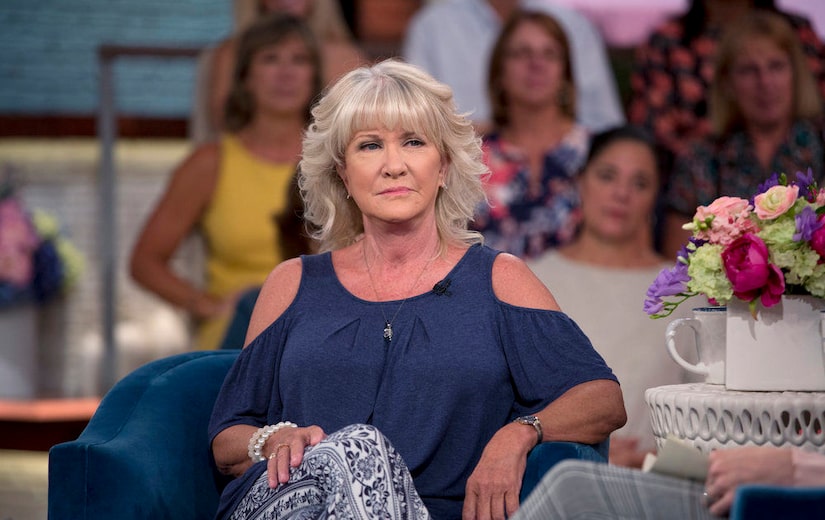 Over twenty-five years after being shot in the face by her husband's mistress, Mary Jo Buttafuoco is retelling her story on the crime show “Snapped.”

Extra's” AJ Calloway sat down with Mary Jo, who was caught up in a twisted love triangle with her husband Joey and his teenage mistress, Amy Fisher.

As for what she would have done differently on that fateful day when Amy came to her door, she said, “I wouldn't have answered the door that day.”

The headline-making story changed her life in an instant. She reflected, “That day, May 19th, 1992 at 11:30 in the morning, when that bullet hit me in the side of the head, that life was done.” She added, “I ended up addicted to drugs, pills and things for pain and anxiety… I went to the Betty Ford Center and I learned how to cope and live with this.”

Joey served six months after admitting he had an affair with Amy, but has always denied his involvement in the shooting. Amy served seven years in prison and was released in 1999. She went on to work in the adult film industry.

What's Mary Jo's message for Amy today? She answered, “You had a second chance and you wasted it… she not only shot me, she wrecked my kids' childhood… it's all about Amy, and it's a shame she wasted her time.”

Mary Jo and Joey divorced in 2003, but remain in contact for the sake of their kids. She shared, “We have two adult children, we have a grandchild together so… we have a cordial relationship.”