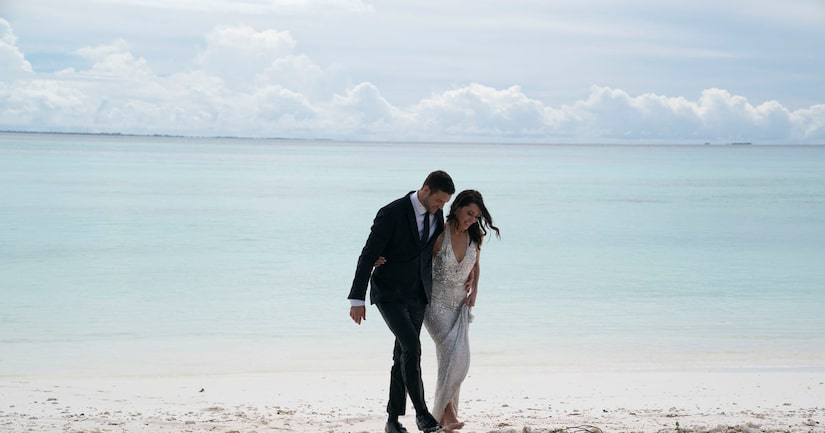 Hours after the world watched Garrett Yrigoyen get down on one knee and propose to Becca Kufrin on “The Bachelorette,” the happy couple was with “Extra's” AJ Calloway in New York.

While showing off her bling, a nearly four-carat, three-stone, gold Neil Lane ring, Becca commented, “I think I was blinded at first." Still, she said, "I love it! It's anything I could have hoped for. I would have loved anything he gave to me. It's very classic and feminine — I like the gold.”

As for how she knew Garrett was the one, Kufrin revealed, “Since night one, he was just so fun-loving, he had such a good energy… I knew I was in love with him after his hometown, when I met his family and saw him interact with everyone. It all just kind of fell into place, clicked.”

Garrett shared when he fell in love, saying, “Feelings grew stronger throughout the show once she met my family and was around my family... Then, in Thailand, we worked together as a team. We went on a bamboo paddleboard raft on a national holiday — it was hectic, it was crazy! We worked so well together, I was like, 'I love this girl so much, I can't see life without her.'”

The pair also revealed how they kept their relationship under wraps, admitting they used code names. If Becca was referring to Garrett in public she would use the name Vincent, while called her Veronica or another made up name. 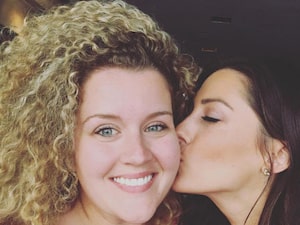 Their relationship is not without controversy, Garrett was in the middle of a social media firestorm for “liking” racist and homophobic posts while shooting the show. He said, “We addressed it from the beginning. I'm open-minded. She put in perspective other people's views how I could come off as offensive and hurt other people's feelings, and that was nothing I ever wanted to do. I apologized publicly on my Instagram and I stand by everything I said on there. I'm sorry — I didn't mean to hurt anybody's feelings.”

On a more lighthearted note, the newly engaged pair also participated in a “He Said, She Said” quiz. Watch! 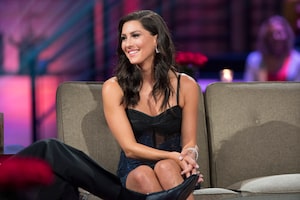 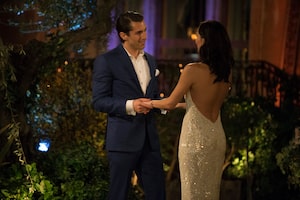 Jason Tartick Is ‘Open’ to Being the Next ‘Bachelor’

'The Bachelorette' Finale: Who Did Becca Kufrin Choose?