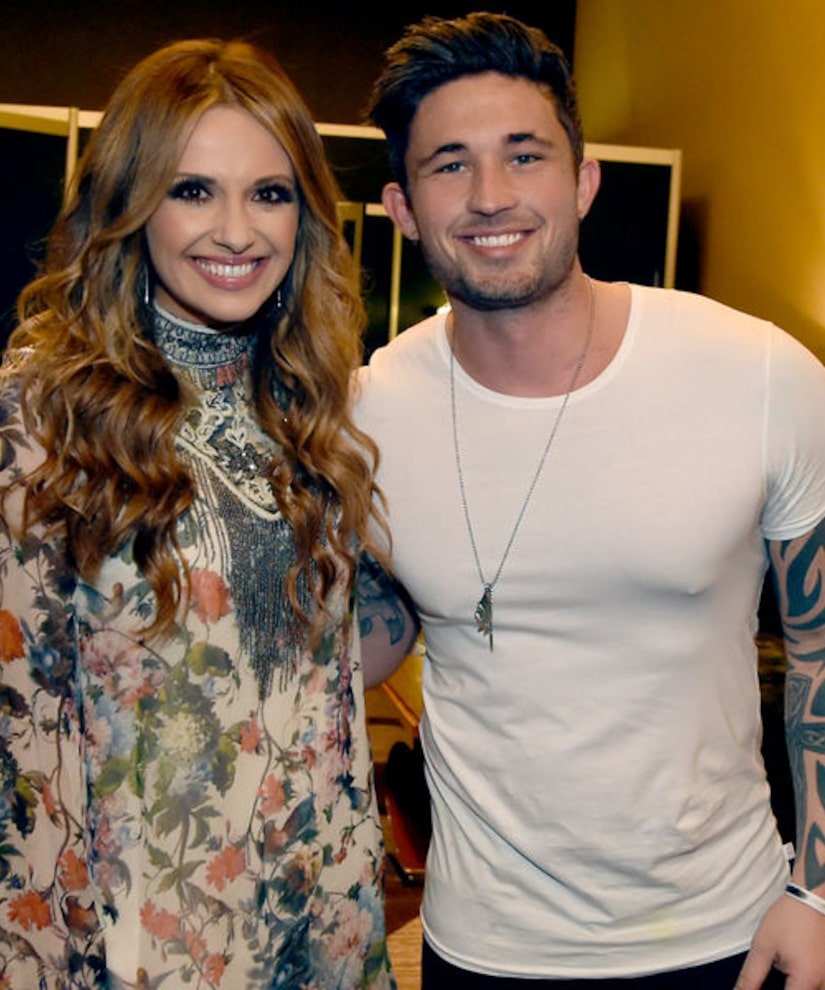 After much speculation, country singers Carly Pearce and Michael Ray are dating!

Carly, 28, and Michael, 30, made their relationship official on Instagram Wednesday. Along with a pic of them cuddling on a couch at the Grand Ole Opry, she wrote, “And then one random night at the Nashville Palace changed everything. ❤.”

Michael recently played coy about their romance, telling One Country, “When it comes time to talk about the dating life, it will come out. She's a great girl and I think that she's an incredible person. Right now everything on both ends are about both our singles and both our music, and it'll come out. She's great, I'm a big fan. I'll leave it at that.”