Jenner has said goodbye to her lip fillers and fans are noticing that she looks “like the old Kylie.” In the comments section of her latest Instagram, the 20-year-old told a fan, “I got rid of all my filler.”

Last year, Jenner opened up about her insecurities with her lips on an episode of “Life of Kylie, saying, “I was 15 and I was insecure about my lips. I have really small lips. And it was like one of my first kisses and a guy was like, 'I didn't think you would be a good kisser because you have such small lips.' But I took that really hard. Just when a guy you like says that, I don't know, it just really affected me. I just didn't feel desirable or pretty. I really wanted bigger lips. I would overline my lips with lip liner just to create the illusion of bigger lips. And then finally I was like this lip liner isn't doing it. [I] ended up getting my lips done.”

As for her daughter Stormi, Kylie says the newborn didn't inherit her lips. In a Q&A, Jenner said, “The one thing I was insecure about, she has — she has the most perfect lips in the whole entire world. She didn't get those from me. I thank her dad for those.” 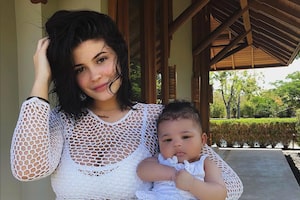 Kylie Jenner Finally Reveals How She Chose the Name Stormi 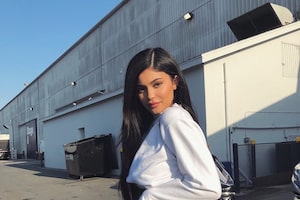 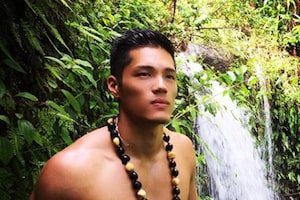