Singer Halsey is showing off her bikini body, just days after her split from G-Eazy!

In one of the snaps, Halsey referenced Drake’s new song “8 Out of 10,” writing on Instagram, “kiss my dog on the forehead and then kiss ur ass goodbye.”

In another pic, Halsey is soaking up the sun in the a bikini while her dog licks her. 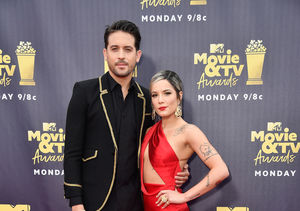 As for why Halsey and G-Eazy’s relationship ended, a source claimed, “With her and G’s schedule, things became unfavorably complicated. They tried to make the distance thing work, but the two of them are both super engaging and interactive people and it became too difficult for them to sustain a balanced and healthy relationship when they were spending so much time apart.”

Halsey recently tweeted, “pumpkin eater,” which many are assuming is a jab at G-Eazy. 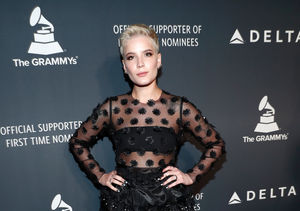 Is Kim Kardashian Up for Being First Lady? Here’s What She Told… 5