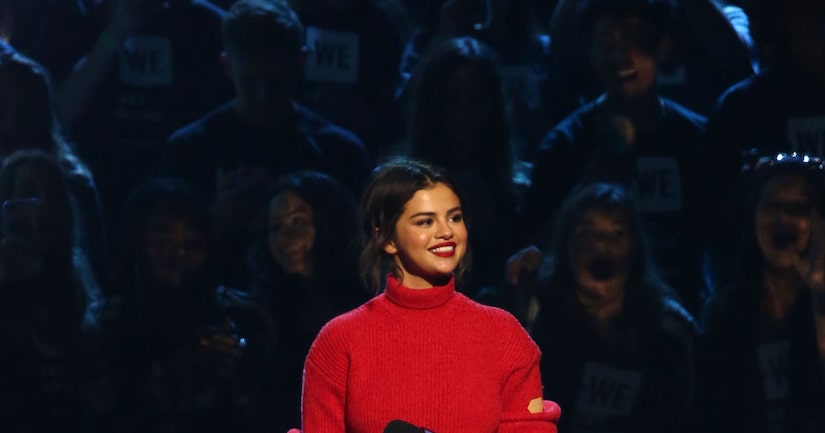 One year after her life saving kidney transplant, Selena Gomez is happy, healthy, and working on her own terms!

“Extra's” Renee Bargh sat down with Selena and her “Hotel Transylvania 3: Summer Vacation” co-star Andy Samberg to talk about the new film and her other projects.

Will Selena be on TV next? Andy's show, “Brooklyn Nine-Nine” was picked up to air its new season on NBC. While high-fiving Selena, Andy said, “We got you locked in to guest.”

Selena explained that it may “potentially” happen. When Renee asked if it was true, Selena answered, “Yeah. I offered... It'll be fun.” Andy added, “She offered. We're gonna ask.”

For now, the two are having fun in the latest “Hotel Transylvania” movie with their characters Johnny and Mavis headed out on summer vacation. Andy joked, “How old is Mavis?” Selena replied. “Like 1,000 at this point,” Andy commented “My character, Johnny, is let's say 30 at this point max, probably younger. It seems like... what would they have to talk about?”

Gomez, who recently released her “Back to You” music video, is enjoying her current creative journey. She said, “The album is just kind of ever-going, and I think it's awesome to do things how I want to do them.”

Selena also worked on a creepy short film for Instagram's new IGTV called “A Love Story,” directed by her best friend, Petra Collins. She pointed out, “I'm fascinated with horror films. The idea of that with my best friend was this... multi-faceted version of what a love story is, so the creepiness is meant to be all the thoughts that I have alone — that's what the creepy element is.”

She added, “I think there is something really beautiful and insane about a woman's mind, personally.” 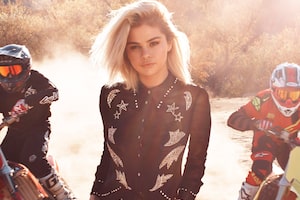 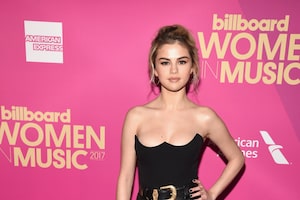 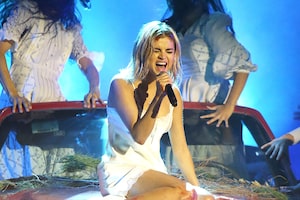