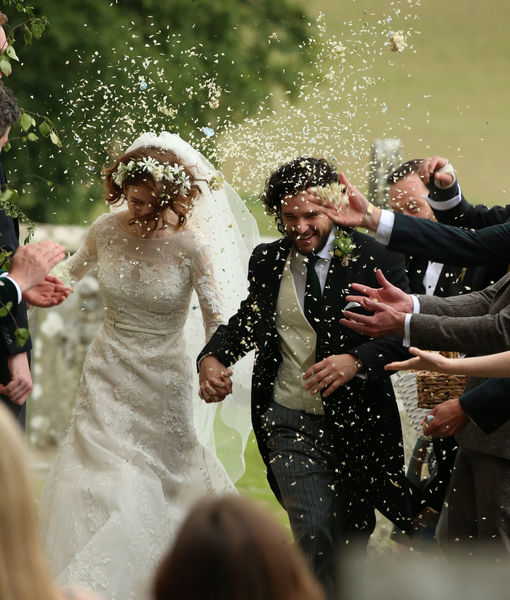 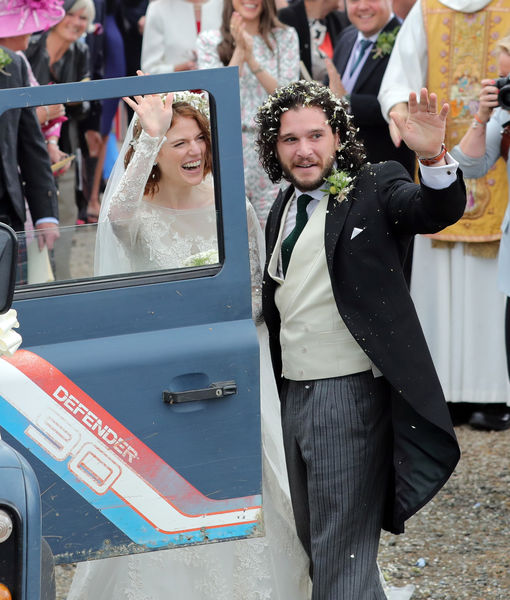 The castle has been in Leslie's family's hands for 900 years; she is a descendant of King Charles II. 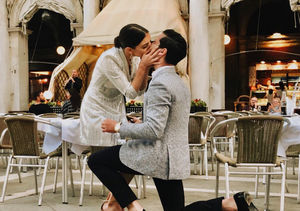 The bride's gown was a long-sleeved, ivory-lace wedding dress topped off with a crown of white flowers and a cathedral veil. She was given away by her father Sebastian, who was dressed in a traditional Scottish kilt. 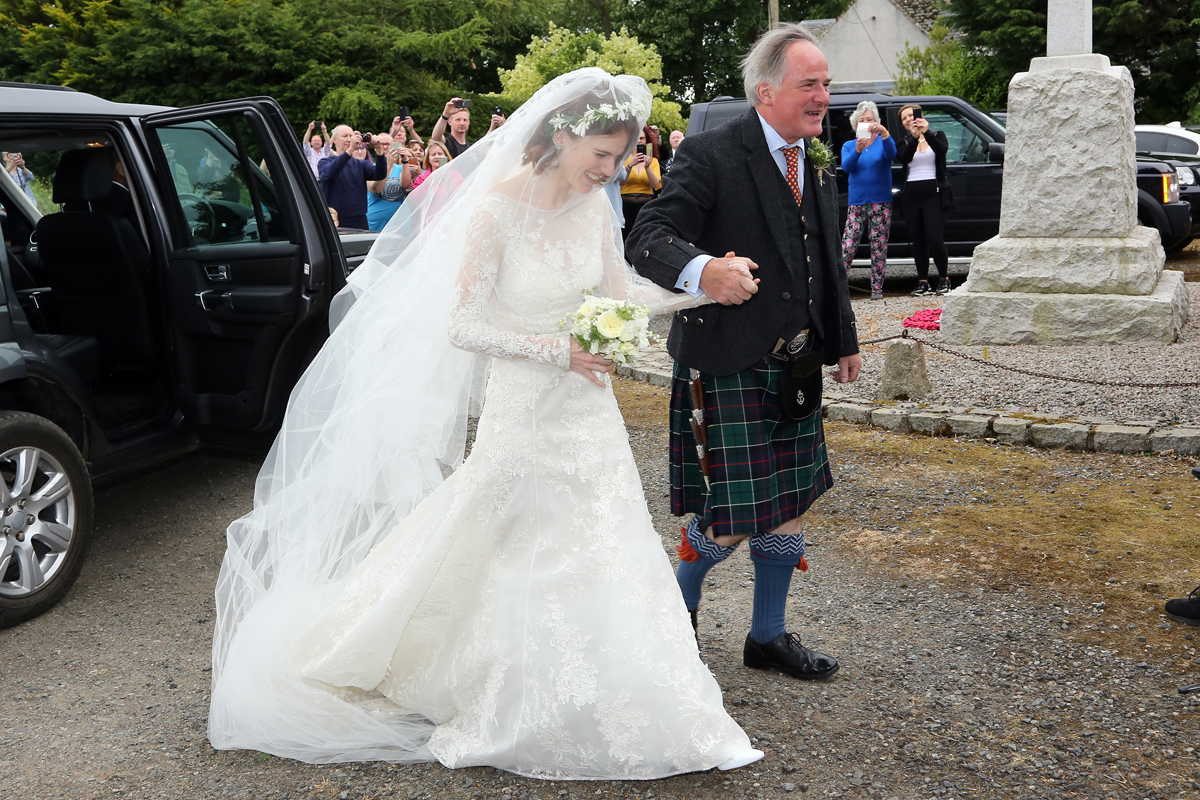 Harington wore pinstriped pants instead of a kilt, along with a black jacket, cream vest, white shirt, and a black tie.

The actors, both 31, were showered with flower-petal confetti after the ceremony before hopping into an antique Land Rover decorated with paper hearts, and with old-school tin cans tied to the back. 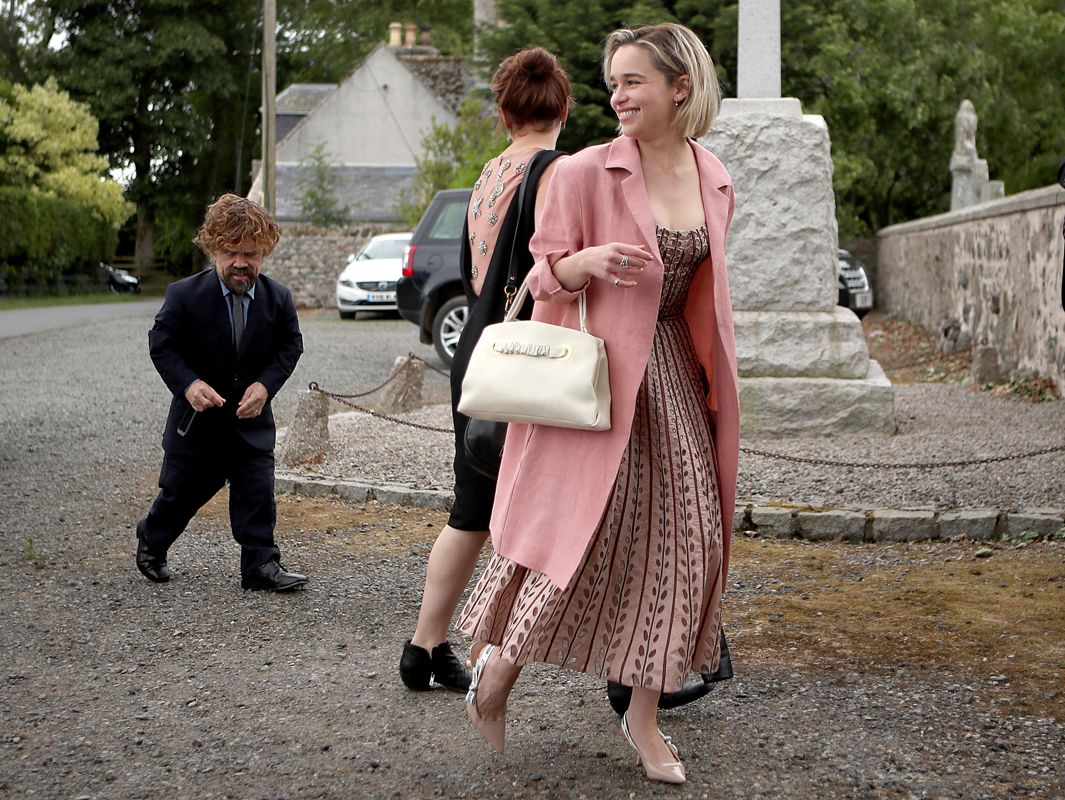 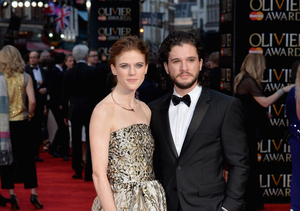 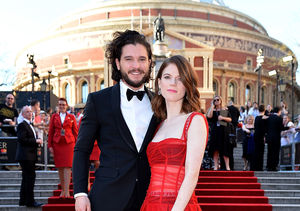 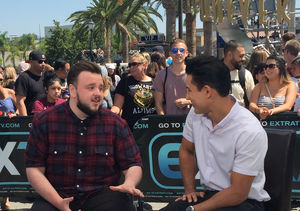 ‘Game of Thrones’: John Bradley Tells Us Who Should End Up on the Iron… 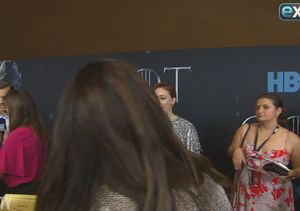