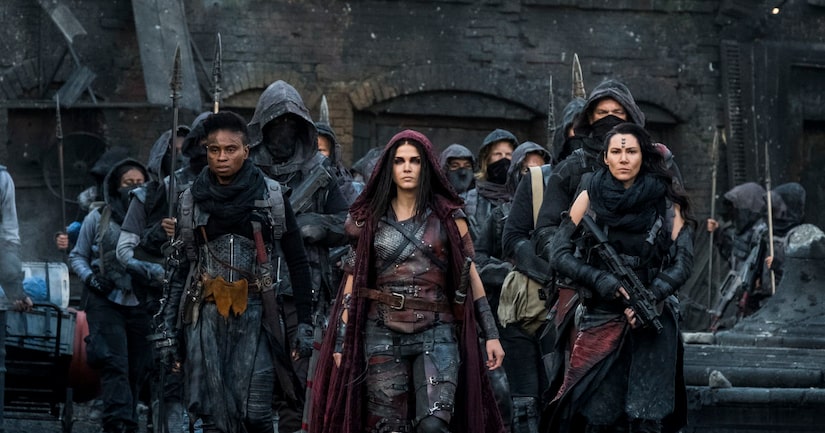 Marie Avgeropoulos gave us a lot to think about when we chatted with her recently about Octavia and this season of “The 100.”

A few things really jumped out at us. First, she used the term sister-in-law while discussing Bellamy and Echo (say what?!), then she hinted at answers to come surrounding cannibalism, and lastly she mentioned that nobody is safe on the show… not even Octavia! Keep reading to see what we're talking about.

As fans know, the show jumped six years ahead this season, and Octavia spent that time as the leader of an underground bunker.

Things got rough as Octavia – now known as the Red Queen or Blodreina – turned to fighting pits as a means of controlling the population. The survivors in the bunker have now been freed, and Octavia reunited with her brother Bellamy.

Of course, we had to ask about Bellamy dating Echo, and Marie seemed to hint things will be getting more serious between the couple.

“When Octavia sees Bellamy with Echo, the woman who almost took her life, pushed her off a cliff, who cheated in the Conclave… I'm pretty sure she is the last person on earth that she would want as her sister in law.”

Does that mean Bellamy and Echo are married, or that there could be a wedding in the works?! We can only speculate at this point. 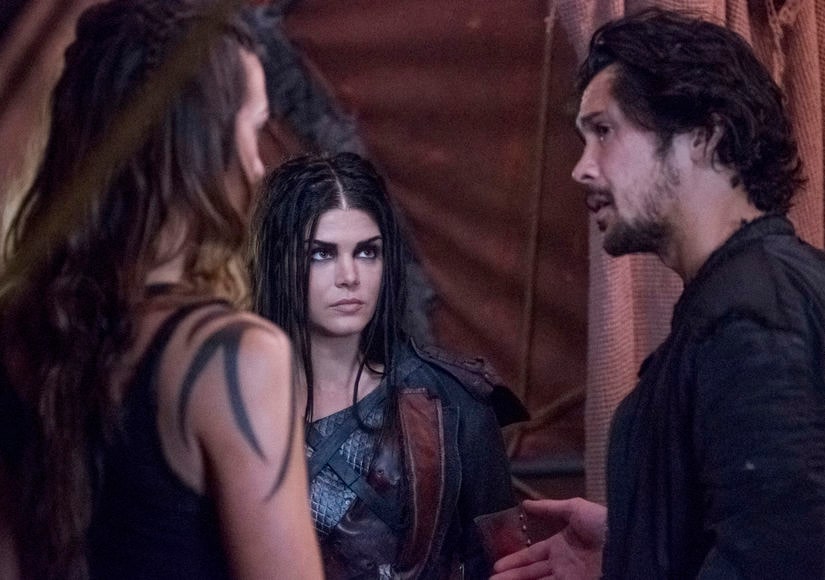 When asked about wonkru and cannibalism, which has been a rumor this season, Marie would only say, “The interesting thing about wonkru and death, and all of these awful things, is that they honor it, and six years is a long time... and a lot of things have happened inside that bunker which will become evident in 'The Dark Year' episode.”

While discussing Octavia's view of Kane and the possibility of letting him die in the fighting pits in the last episode, she agreed that nobody is safe on the show, adding coyly, “including Octavia… you never know.” She wouldn't elaborate on that potential bombshell, so we can only hope it was a red herring!

Marie says fans will truly understand how Octavia became such a ruthless leader in the upcoming flashback episode called “The Dark Year.”

“Everything is clear in 'The Dark Year' episode, and what we did to survive. and how Skairipa became Blodreina,” she said, adding that “all the things she has had to shoulder emotionally, and all the trauma” may have played a role.

Avgeropoulos insisted this didn't happen instantaneously, saying, “It took place over six very painful, challenging years,” and spoke of how “you detach yourself” when your mortality is on the line. 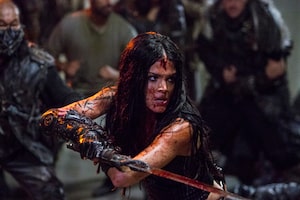 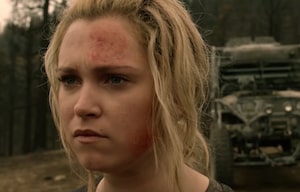 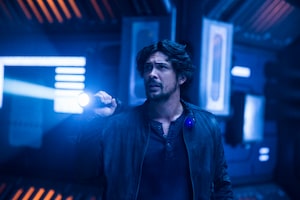