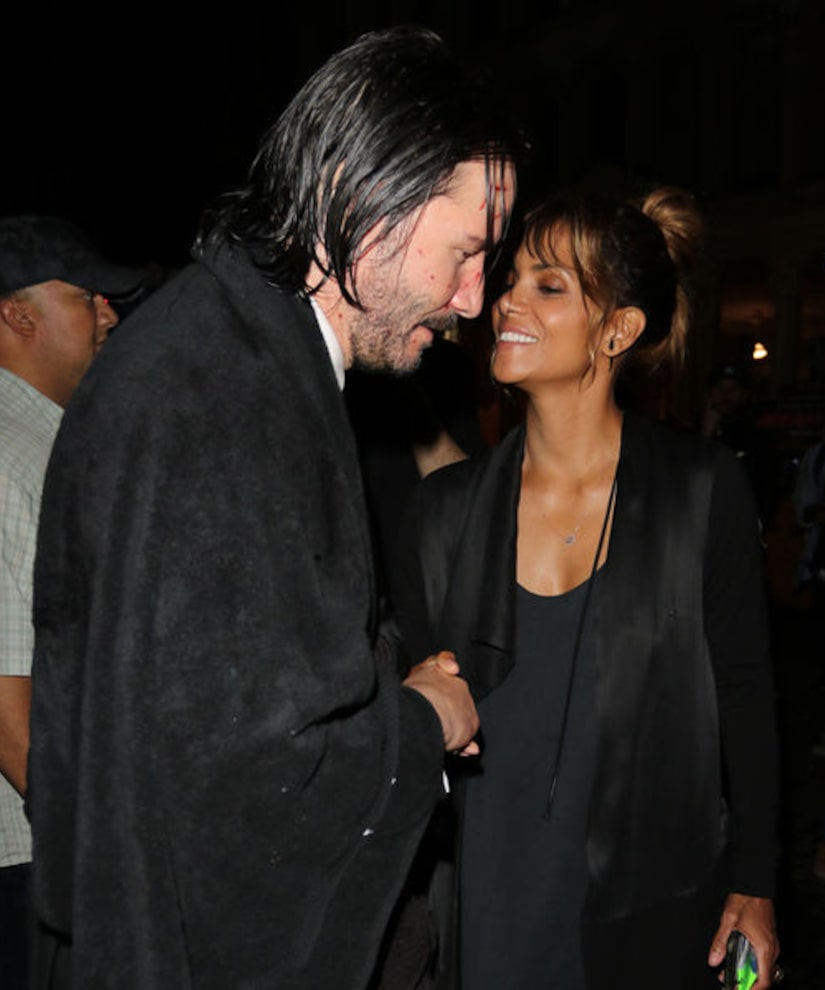 The two stars were photographed looking pretty chummy on the set of their new film “John Wick: Chapter 3,” sparking rumors they were seeing each other. 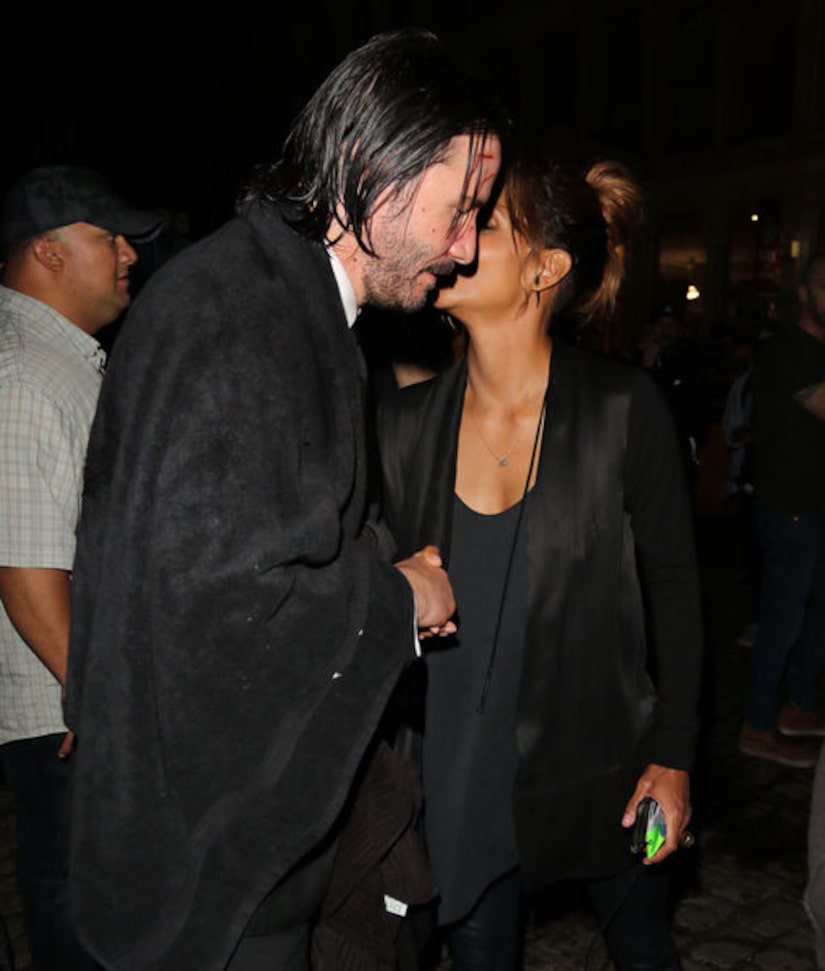 Gossip Cop, however, reached out to a Berry source, who shut down the reports. The site also points out that Halle has only been on the NYC set for one day so far, which isn't much time to strike up a romance.

Meanwhile, Berry recently teased the movie's opening date on Instagram. She posted a note scrawled on paper from The Continental in NYC. The message said, “See you in a year, Mr. Wick,” and included the caption, “It's a date. 5.17.19.”

In the movie, John Wick (Reeves) is on the run with a $14-million bounty on his head. Berry plays Sofia, an assassin who is likely hoping to cash in if she can catch him. 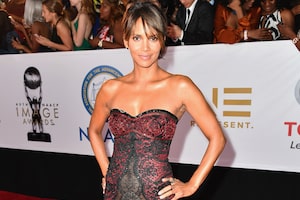 Halle Berry Did a Topless Headstand! See the Pic 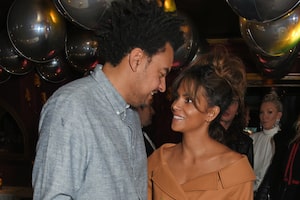 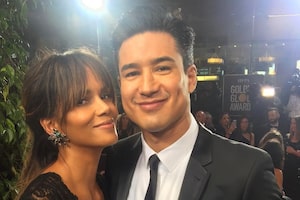