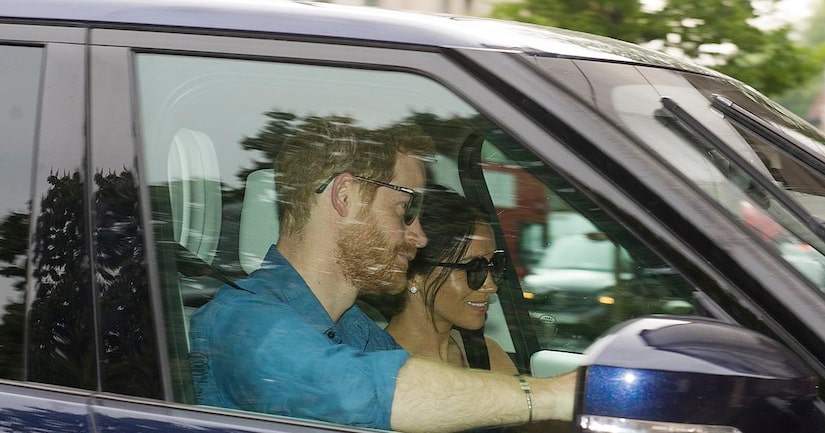 Forty-eight hours after their royal wedding, Prince Harry and Meghan Markle have been spotted!

On Monday, Harry was seen driving his smiling wife to their new home at Kensington Palace.

Earlier in the day, the palace released three official photos from Harry and Meghan's wedding.

In one of the photos, the brand-new duchess is sitting on her husband's lap, his hand on her shoulders. In a statement, Kensington Palace said, “The Duke and Duchess of Sussex would like to thank everyone who took part in the celebrations of their wedding on Saturday. They feel so lucky to have been able to share their day with all those gathered in Windsor and also all those who watched the wedding on television across the UK, Commonwealth, and around the world #RoyalWedding.”

In the other portraits, Harry and Meghan posed with the royal family and her mom Doria Ragland at the Green Room at Windsor Castle.

Noticeably absent from the photos was her dad Thomas Markle, who was unable to attend after his heart surgery.

A source told Us Weekly that Meghan “didn't talk to her father” on her wedding day. As for his reaction to the royal wedding, he told TMZ, “My baby looks beautiful and she looks very happy. I wish I were there and I wish them all my love and happiness.” 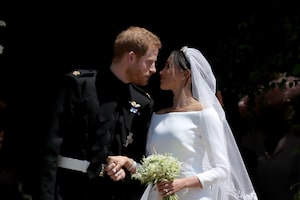 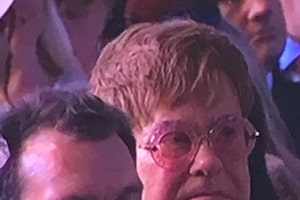