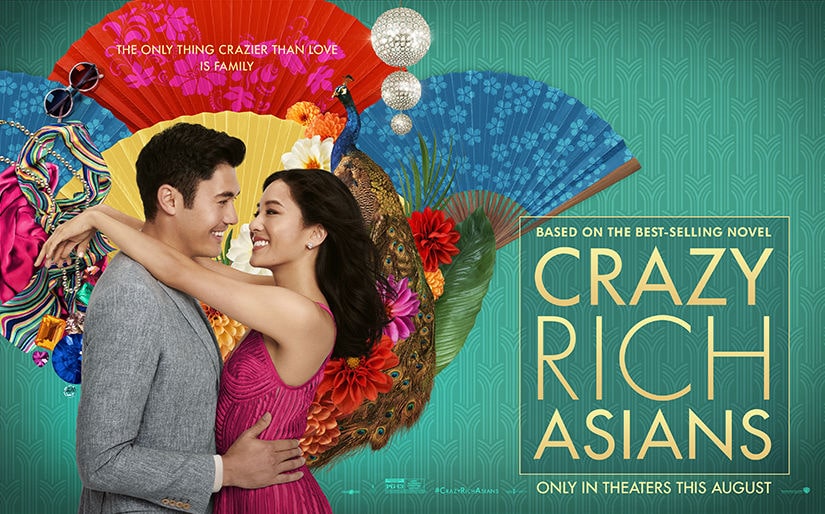 “Crazy Rich Asians” tells the love story of Nick Young and Rachel Chu, who were raised in different countries and cultures — kind of like Prince Harry and Meghan Markle.

After a few key details of Nick's life are revealed, it soon becomes clear that money can't buy love, and that it can definitely complicate things.

"Extra" sat down with some of the cast and learned why “Crazy Rich Asians” is a fun, heartwarming and hilarious comedy.

“Crazy Rich Asians" follows American-Chinese New York native Rachel and her boyfriend, Singapore-born Nick, who has invited her to Singapore to attend his best friend's wedding and meet his family. She's excited about visiting Asia for the first time, but nervous about meeting Nick's family.

Rachel is shocked to learn that Nick is not only the scion of one of the country's wealthiest families, but also one of its most sought-after bachelors!

A cultural clash between two strong women erupts when family expectations, generational customs, and different worlds collide. In the face of rich tradition, the movie conveys the message that the power of love can overcome all.

Get "Crazy" this August! To learn more, visit CrazyRichAsiansMovie.com.