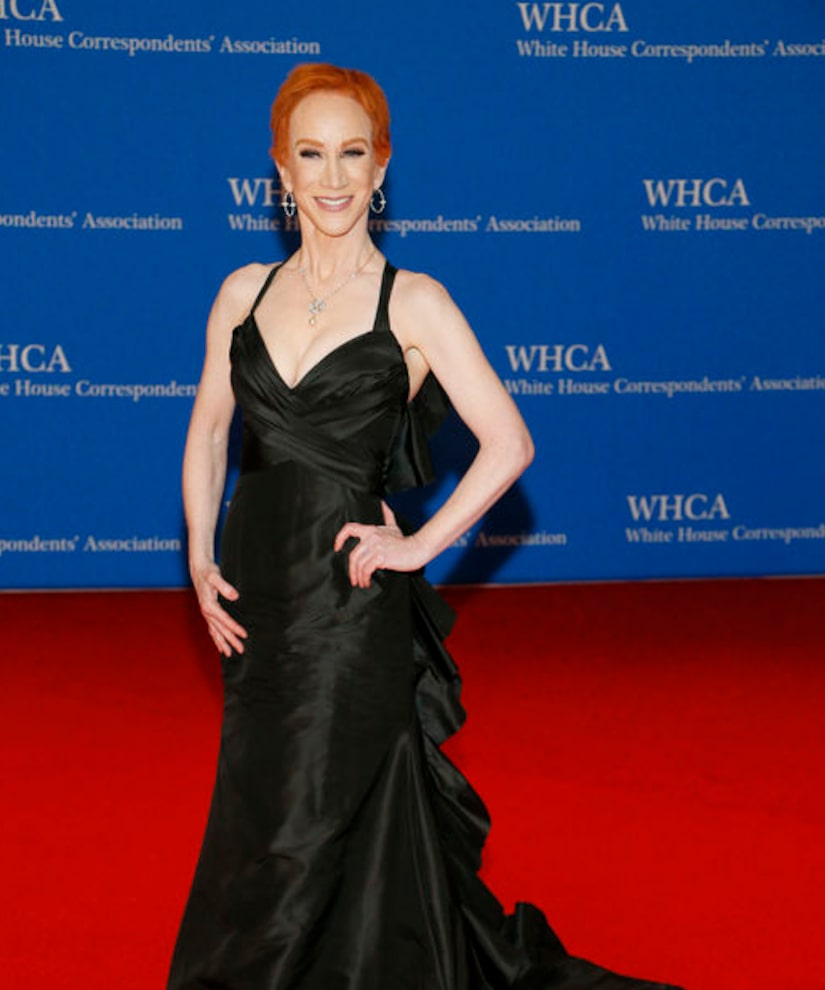 “Extra” caught up with actress and comedian Kathy Griffin at the NBC News/MSNBC party following the White House Correspondents' Association Dinner in Washington, D.C., on Saturday, asking her what she thought of host Michelle Wolf's controversial monologue. Kathy defended her, saying, “I thought she nailed it. This is a woman that came out like a boxer. I thought her presentation was confident. She hit the jokes hard.”

Kathy continued, “You could practically fact-check her act it was so accurate. And those who said she went too far apparently don't know who the President is because she didn't say close to the heinous things we have to hear from him.”

White House press secretary Sarah Huckabee Sanders was also a target of Wolf's jokes, which Kathy also defended, saying, “She bullies America every day with those ridiculous, with I guess, press 'conferences' and bullies the media, and calls the media names and 'fake news' and things that are dangerous to the republic, so I think she could handle 20 minutes of jokes from Michelle. I thought Michelle did a great job.” 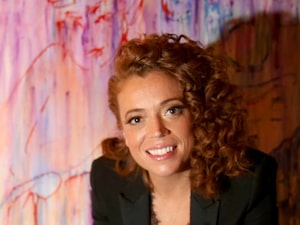 Michelle Wolf Takes on Trump, Sanders, and the Media at WHCD

Last year, Kathy sparked outrage when she posed in a photo holding a mask that looked like the decapitated bloody head of President Trump, a choice that led to the end of her friendship with Anderson Cooper after he publicly criticized her.

Will she ever speak to Cooper again? Kathy told us, "No. I don't know — ask him!" 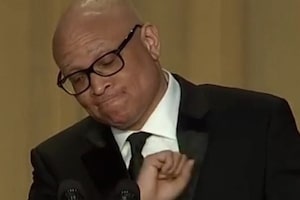 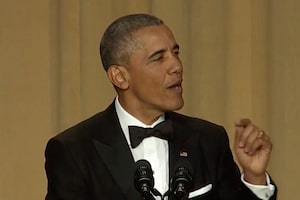 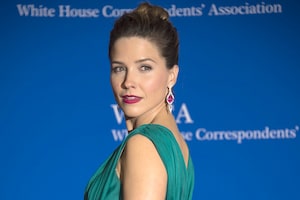