Hollywood power couple Emily Blunt and John Krasinski are finally teaming up for the first time in the modern horror thriller “A Quiet Place.”

In the film, a family of four must navigate their lives in silence after mysterious creatures that hunt by sound threaten their survival. “Extra” special correspondent Kay Adams spoke with John and Emily about working together.

Though they don't verbally speak in the movie, it wasn't a challenge for the couple. John shared, “For this movie, there's something about us being married that makes it more special. Everyone talks about having a secret language with your spouse, and we only got to communicate through our secret language. Without dialogue, we got to connect.”

As for why it took so long for them to work together, John explained, “We've always talked about working together, but we didn't want the story of our marriage to supersede the story of whatever's being told in the movie.”

So, what does Emily think of her multi-talented husband, who not only stars in the film, but also co-wrote and directed it? She joked, "Show-off!"

Blunt continued, “He's always been someone who impresses me, but truly seeing a job as multi-faceted, as demanding as this, was inspiring. I really saw his true power of being able to be everything to everybody and he yet is still collaborative. It was really exciting.”

“A Quiet Place” is in theaters April 6. 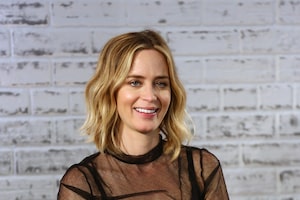 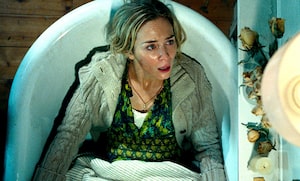 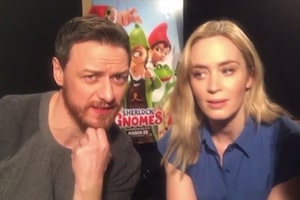