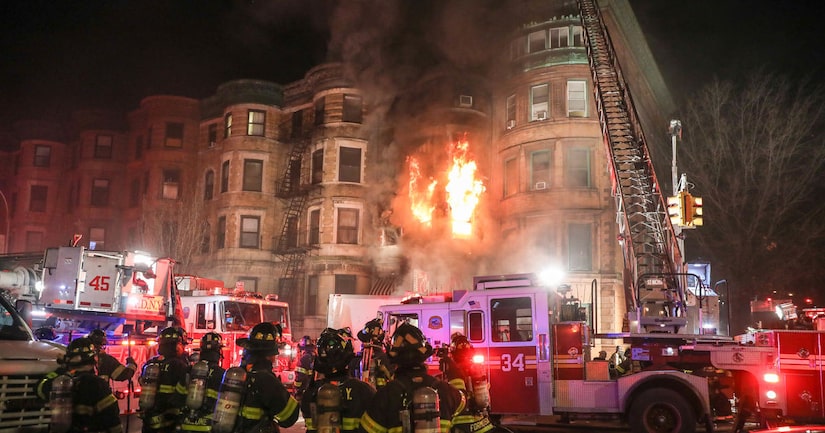 Thursday night, firefighter Michael Davidson lost his life while battling a blaze on the NYC set of “Motherless Brooklyn.”

Production was underway in Harlem when a fire broke out in the basement of the building where filming was taking place.

After noticing smoke coming up into the set, the “Motherless Brooklyn” crew alerted the FDNY before evacuating.

The FDNY arrived on the scene with 44 fire trucks and 200 firefighters, who worked throughout the night to knock down the inferno.

Commissioner of the New York City Fire Department Daniel A. Nigro revealed what happened, telling The New York Daily News, “They encountered heavy fire, and they did the best they could. The fire continued to advance. Units were forced to back out of the building. Somehow, while backing out of that building, firefighter Davidson was separated from the rest of the unit. The search ensued. Members tried desperately to find firefighter Davidson, and when they did, he was unconscious. Despite the best efforts of the members of our firefighting forces, EMS and here at the hospital, they were unable to revive Michael and he perished.”

The producers of the film sent condolences to Davidson's family and appreciation to the FDNY. The statement continued, “To our great sorrow, we now know that a NYC firefighter lost his life battling the blaze that grew, and our hearts ache in solidarity with his family. We watched firsthand with astonishment as they charged into the smoke to make sure all were safely out and then fought to contain the blaze and prevent it from spreading, putting their lives on the line as they do every day. The FDNY are real life super-heroes and have our boundless admiration and gratitude."

Davidson leaves behind four daughters and a wife.

Five others were also injured.

Norton was on the scene, telling reporters, “This is a tragedy. Please give us some privacy.”