In the photo, Martinez showed some sideboob while painting “Bekah + Peter” on a wall. At the time, it was rumored that Peter Kraus would be named “The Bachelor.”

The 22-year-old joked about the photo, “THESE ARE THE LENGTHS MY CHEESY ASS REALLY WENT TO FOR MY BACHELOR CASTING PHOTOS 😭😭😭 #Blindsided #DidntKnowWhatWasComing (this isn't me hitting on ol' Pete. He's too busy cuddling with his dog and doing pull-ups or something).”

Instead of vying for Peter's heart, Bekah was competing with 29 women to date Arie Luyendyk Jr., who would ultimately propose to Becca Kufrin and then call off the engagement to continue his relationship with runner-up Lauren Burnham.

After the season finale, Bekah called out Arie for direct messaging her on Instagram while the show was airing. In response, Arie told E! News, “I think it just shows her immaturity. I think that's the takeaway from it. I could add to that, but I'll just keep that to myself.” 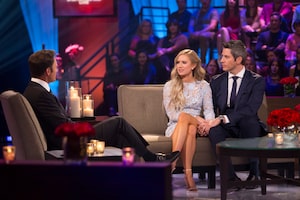 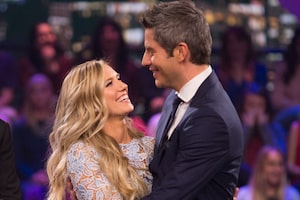 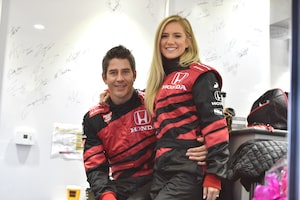