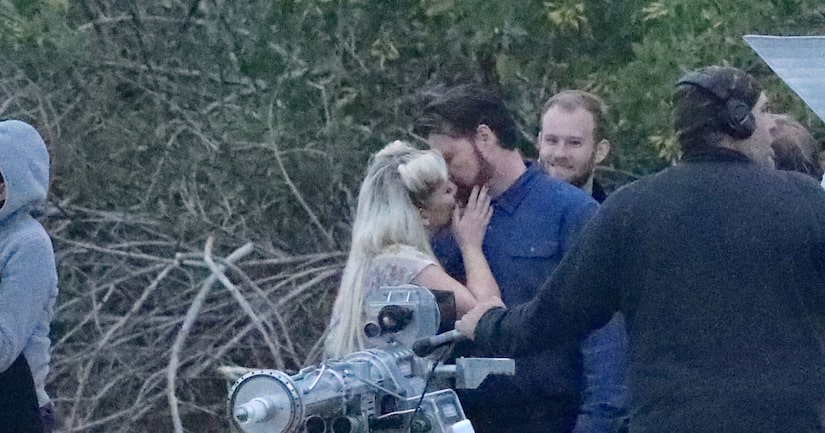 It looks like things are looking up for Tori Spelling and Dean McDermott after a tumultuous few weeks.

The couple shared some romantic kissing scenes in Malibu on Monday. TMZ reports they were filming the PDA for “Sharknado 6."

The steamy makout session, which included some smooching against a camper, left lipstick all over Tori's face.

It wasn't all for show either. Us Weekly reports the pair were in good spirits and even held hands on their way to set.

It hasn't been an easy month for the reality stars.

On March 1, police officers responded to a 911 call and showed up to Tori's house. A source claimed that Tori became aggressive, and described her behavior as "a nervous breakdown."

According to the dispatch audio, obtained by The Blast, Spelling was described as a female with possible "mental illness."

TMZ reported that police left the home after deciding Tori did not meet the criteria for a mental-welfare hold, and did not arrest her. A domestic violence incident report was taken.