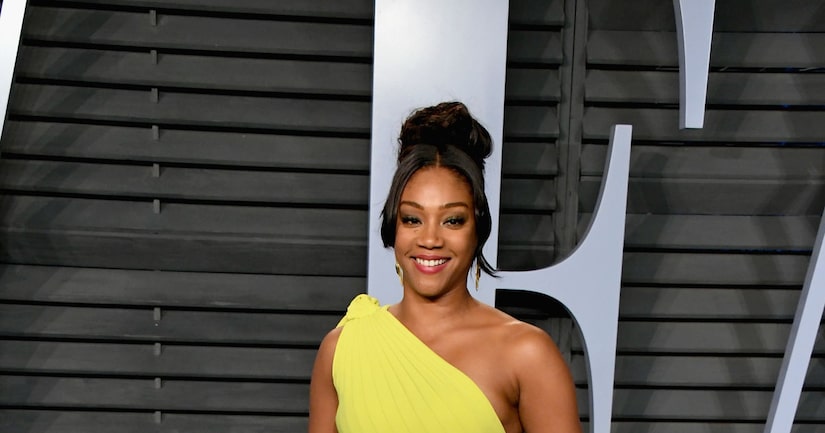 Earlier today, “Extra's” Tanika Ray caught up with the very busy Tiffany Haddish on the set of the game show “Funny You Should Ask,” where she appeared on the panel of stand-up comics.

Show executive producer Byron Allen was an early supporter of Tiffany's, having known her since she was a 15-year-old foster kid. He shared, "Jamie Masada over at the Laugh Factory called me up and said, 'I'm doing comedy camps. I'm going to teach foster kids stand-up comedy.'"

He reflected about Tiffany performing at comedy camp, saying, “I'm watching this girl and said, 'Wow!' I said to her, 'I just need you to know something — don't ever ask yourself if you got it, I swear to you, you got it.'”

Tiffany teared up as Byron continued, saying, “She is a gift. She is a gift to humankind.”

Just how old was Tiffany when she realized she was funny? She revealed, “I was like 11. I knew that I was going to make people laugh. I saw 'Who Framed Roger Rabbit?' and I thought, 'Oh, that's how I'm going to get kids to do my homework. I'm gonna make them laugh. That's it.' And it worked — I made it through school!”

Though she struggled at the beginning of her career, the “Girls Trip” breakout star is now constantly working. She commented, “I work every day. And if I ain't working, I'm on a plane going to get some more work.”

As for where she gets that tenacity, Haddish answered, "My grandma had a great work ethic. She worked for 40-something years over at Lawry's Prime Rib restaurant [in Beverly Hills]. I would see her go to work on a regular basis, iron out her uniform. I just picked up on that.”

When she isn't working, what's her secret guilty pleasure? “I like to eat pickles with Jolly Ranchers in the middle of them. You get the big dill pickles from the liquor store. You gotta go to a liquor store to get the pickles. You eat the top off and you stick a Jolly Rancher in the middle of it and it's the bomb. Everyone that knows about it is from the hood. If you don't know, you're not hood!” 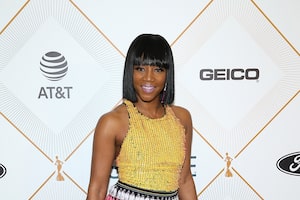 Tiffany Haddish Is Looking for Romance