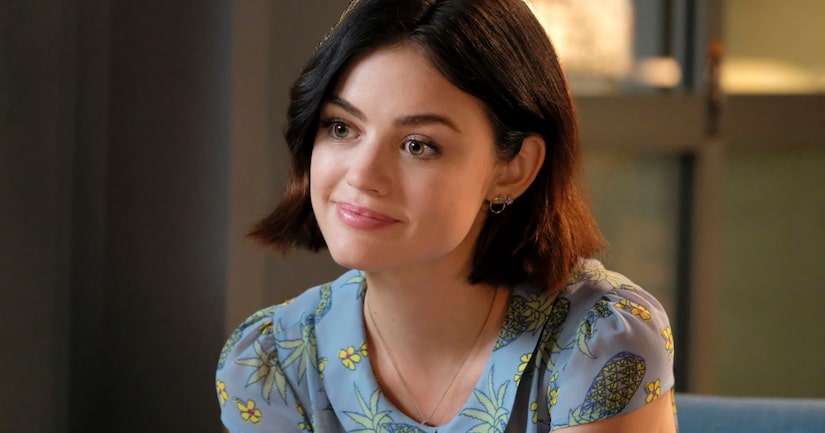 Lucy Hale has a new show on The CW called “Life Sentence” that promises to be both funny and heartbreaking.

The “Pretty Little Liars” alum stars as a young woman named Stella Abbott who finds out she no longer has terminal cancer. The happy news, however, means a huge adjustment.

Until now, Stella has been trying to “live like she was dying,” and her loved ones have tried to give her the best life possible while shielding her from any family drama. Once she is better, everyone tries to find some normalcy… and it isn't easy.

There's a whole cast of characters that viewers will meet when the show premieres March 7. ExtraTV.com was on the set in Vancouver, where the stars gave reporters the scoop on who they play in the dramedy. Keep reading for a who's who of “Life Sentence.” 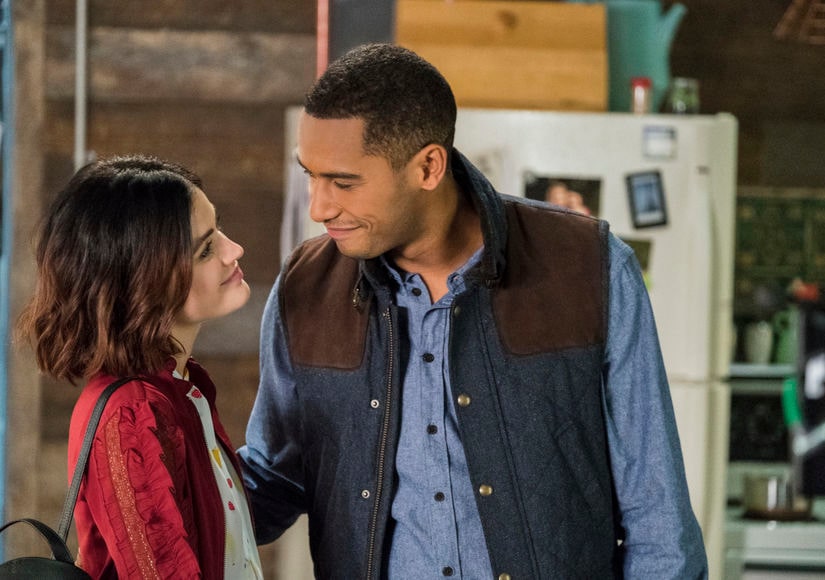 The CW
Stella and Wes

Stella: As we said above, she is a young cancer survivor who has been living life to the fullest, even rushing into a marriage with her husband Wes. Lucy explained Stella's life this way, “Stella grew up believing that she had this perfect fairy tale life and that everything was rainbows and glitters and unicorns and love always works out because why doesn't it? And so everything comes crashing down on her.” The star added that the news “definitely leads to some arguments, some blowouts. But at the end of the day, this family just really loves each other despite their flaws… it's really beautiful.”

Wes: Stella and husband Wes met in Paris and fell in love fast. Actor Elliot Knight said, “She wows him because she is just this amazing, magnetic, spontaneous creature who lights a fire inside of him.” Lucy pointed out that once Stella is better, they start to realize they may not know each other as well as they thought. “There's definitely a lot of learning and growing to do,” Hale said. 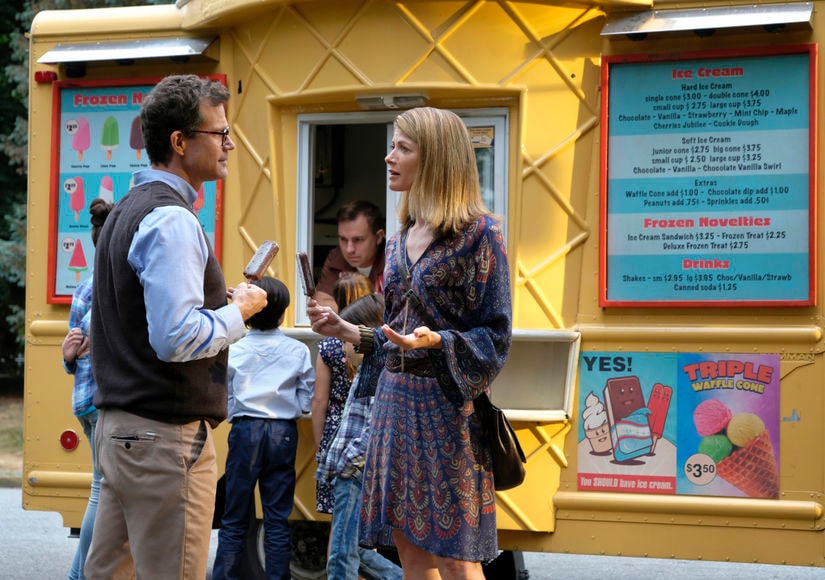 The CW
Ida and Peter

Ida: Stella's mother Ida is going through a major transformation too. Gillian Vigman plays Ida, and explained that her daughter's health, coupled with empty nest syndrome, gave Ida the “impetus for change.” Vigman said of Ida, “Her marriage is falling apart and she is in love with her best friend,” adding that pursuing a same-sex relationship means Ida's taking “a big deep dive into the unknown.”

Peter: Dylan Walsh portrays Stella's father Paul, who he described as having “been on hold” for the past decade, adding, “He's just been stoic.” Now that his wife is leaving him for another woman, Dylan called it “instantly ripe for some humor,” because “Peter is a little out of practice.” 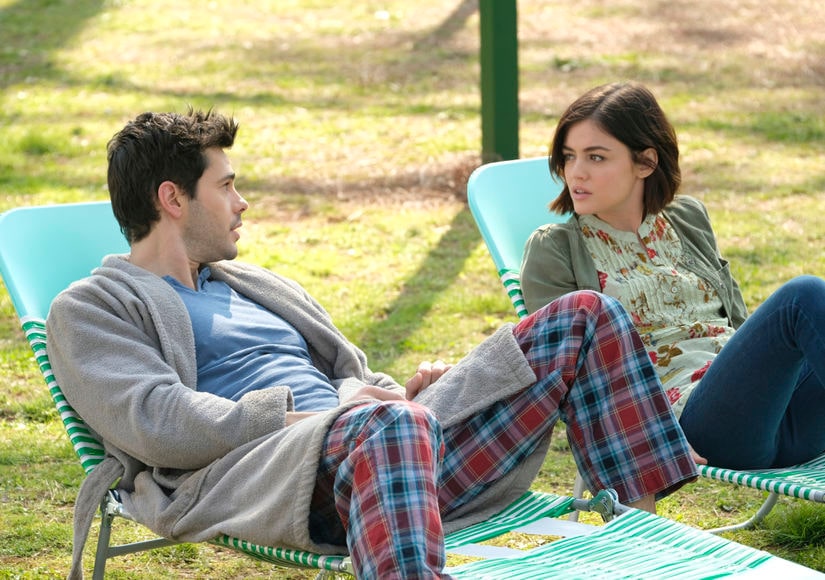 The CW
Aiden and Stella

Aidan: Stella's big brother Aidan has a lot of growing up to do, but his immature ways certainly bring some comic relief. Jayson Blair, who plays Aidan, said his character “covers his pain with humor.” Blair added that fans will get to see a real arch with his character, saying Aidan starts out “borderline absurd,” but takes a “really amazing turn” later in the season.

Elizabeth: Stella's older sister Elizabeth is a wife and mother who spent a lot of time helping her sister and acting as a caretaker. Brooke Lyons said that when Stella gets a clean bill of health… “poof” everything has changed. The sisters' roles have shifted, leaving Elizabeth to wonder, “Is now Stella in a supporting role, where she supports Lizzie in her dreams?” Lyons added, “It's not clear, which is uncomfortable and interesting.” 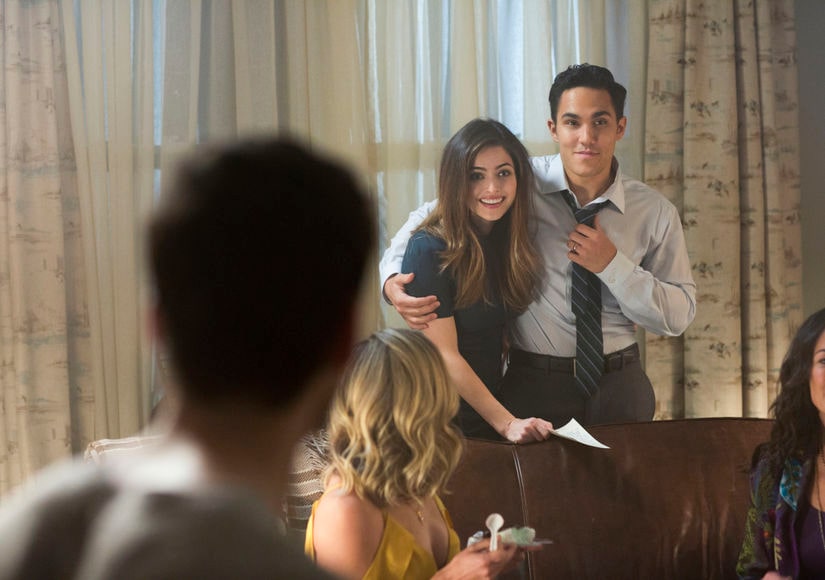 The CW
Elizabeth and Diego

Diego: Elizabeth's husband Diego brings some laughs and some wisdom to the show. Carlos PenaVega, who plays Stella's brother-in-law, revealed, “He says whatever he's thinking… that's what kind of gets him into a lot of trouble in his marriage, and, you know, with his friends.” Carlos also pointed out that because Diego married into the family he has a bit of an outsider's perspective, adding, “A lot of people come to him for advice.”

Sadie: While in the hospital, Stella meets a cancer patient named Sadie, and the two become close friends. Nadej k Bailey plays the young woman, and shared, “I feel like Sadie and Stella have a relationship where they can share anything with each other… they teach each other new things and learn from each other.” 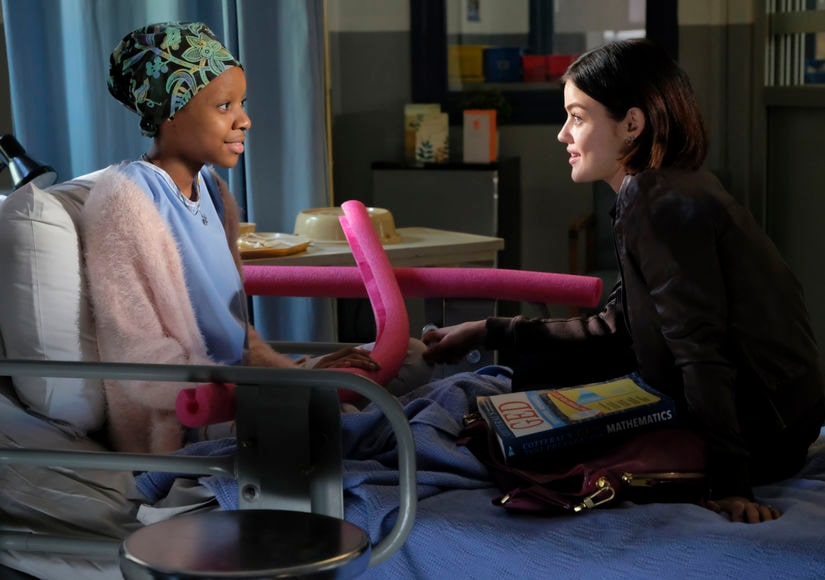 The CW
Sadie and Stella 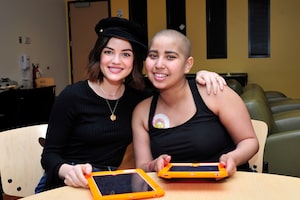 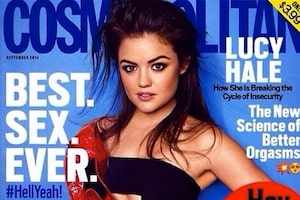 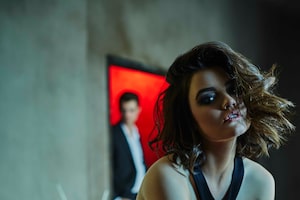 Lucy Hale Has a Bright Future… with a Dark Side