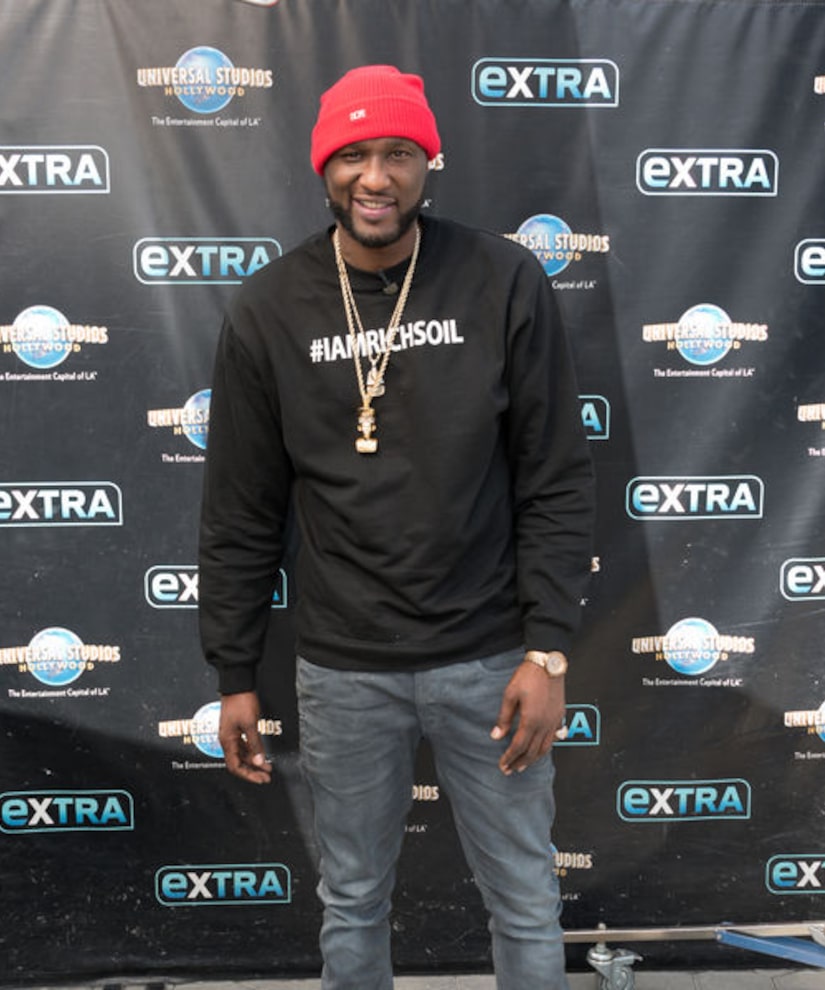 Lamar Odom stopped by “Extra” today and spoke with Mario Lopez at Universal Studios Hollywood. Mario asked Lamar what he thinks about his ex-wife Khloé Kardashian, who is expecting her first child. Lamar said, “It couldn't happen to a better person. She took care of me for four years, so I know she's going to be able to take care of a baby. So I'm happy for her though, she deserves it.” Lamar also told Mario he does not speak with her.

Lamar has a new fashion line called Rich Soil, which he said was inspired by what he's gone through over the past few years. He said, “Just me being through what I've been through in life, and fashion's always been close to my heart, so it's just something I wanted to do after I came out of that coma. My days are so long without my basketball so I had to fill those days in.” Lamar was in a coma for three days and he told Mario it took him a month to get back into the swing of things, which gave him a new perspective. He said, “Yeah, you realize whose down for you.”