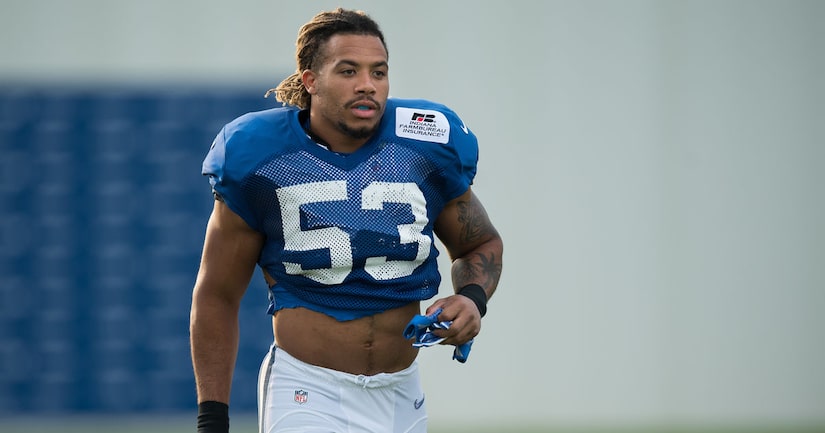 NFL player Edwin Jackson has died at the age of 26.

In the wee hours of Sunday morning, Jackson was killed by a suspected drunk driver in Indiana.

According to the Indiana State Police Department, Jackson and Jeffrey Monroe were on the side of the road on Interstate 70 when a truck driver struck them. One of the bodies landed in the middle lane of I-70.

Monroe and Jackson were pronounced dead at the scene.

According to the police, Jackson was being helped by Monroe after he fell ill. Alex Cabrera Gonsales, driver of the Ford truck that plowed into the men, was arrested after attempting to flee the scene.

The Colts confirmed Jackson's death, saying, “We were heartbroken to hear the news of Edwin Jackson's passing. Edwin was loved by all in the Colts organization. We admired his outgoing personality, competitive spirit and hard-working mentality. He was well-respected among all with whom he crossed paths, and he will be greatly missed in our locker room and throughout our entire organization. We also understand that another person lost his life in the accident, only adding to our sorrow on this day. We are shocked and saddened by this tragedy, and our thoughts and prayers are with the families of both men during this difficult time."

Jackson started playing with the Colts in 2015, but missed all of last season due to an injury.