During a Grammys segment orchestrated by host James Corden, Corden predicted that President Trump could be the focus of a spoken-word album that might be nominated next year.

In the segment, Hillary Clinton was revealed as the final reader! The passage she read was, "He had a longtime fear of being poisoned, one reason why he liked to eat at McDonald's. No one knew he was coming, and the food was safely pre-made.”

Corden told her her audition was so great a Grammy was in the bag, making light of the 2016 presidential election, which many had thought was in the bag for Clinton, not Trump.

Wolff's book has sold over 1.7 million copies since its January 5 release.

Trump's son Donald Trump Jr. reacted to the spoof, tweeting, "Getting to read a #fakenews book excerpt at the Grammys seems like a great consolation prize for losing the presidency. #GrammyAwards."

In another tweet, he added, "The more Hillary goes on television the more the American people realize how awesome it is to have @realDonaldTrump in office #GrammyAwards2018." 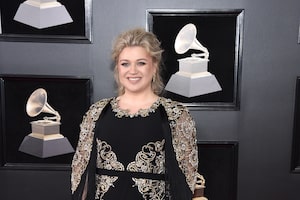 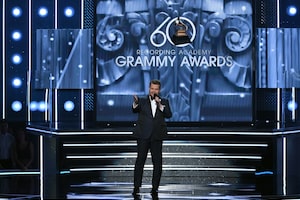 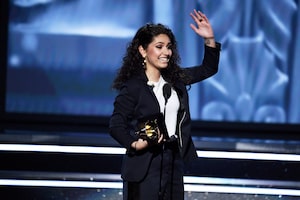