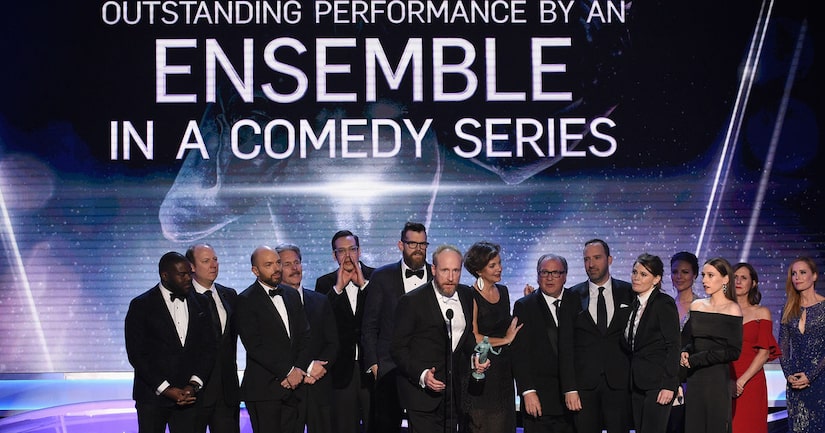 “Extra's” Renee Bargh caught up with the cast of “Veep” after they took home the Outstanding Performance by an Ensemble in a Comedy Series at the SAG Awards.

Julia Louis-Dreyfus was unable to make it to the show as she is recovering from breast cancer treatment, but won Best Actress in a Comedy Series. She made history by becoming the first TV actress to win nine trophies – five for her work on “Seinfeld” and four for “Veep.”

Julia, who recently completed chemotherapy, tweeted, “I wish I could have been @SAGawards tonight but have to admit it's pretty fun to watch in my pj's. So honored to win. So proud to be a union member. So happy for my @VeepHBO bozos for winning ensemble award. Miss being at the table with you all. How was the chicken?” 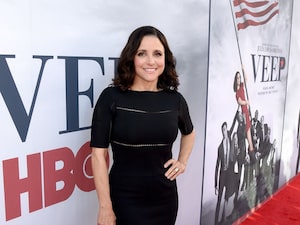 Her co-star Sam Richardson said backstage, “Commander in Chief, we miss her very much, texting with her right now.”

As for how she's doing, Tony Hale said, “We've all kept in touch with her. Her attitude throughout all this has been incredibly inspiring… she's a total warrior about it.”

Paul Scheer added, “She does everything in such an amazing way. The fact that she's put herself out there in a public way as she's dealing with this is so empowering for every women that goes through this… she's amazing on screen and off.”

Timothy Simons emphasized, “I think this is our fifth year, and this is the first time we won and Jules isn't here – it's pretty bittersweet.”

Hale pointed out, “I hope somebody videotaped her reaction.”

Julia is scheduled to return to filming the final season of “Veep” in August. 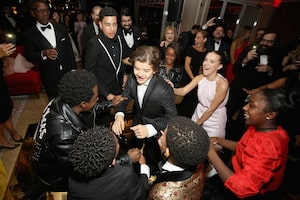 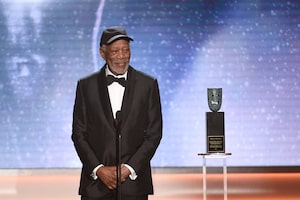 Who Did Morgan Freeman Call Out at the SAG Awards? 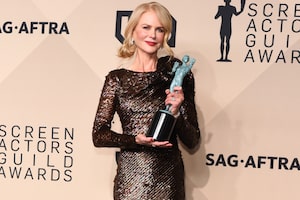