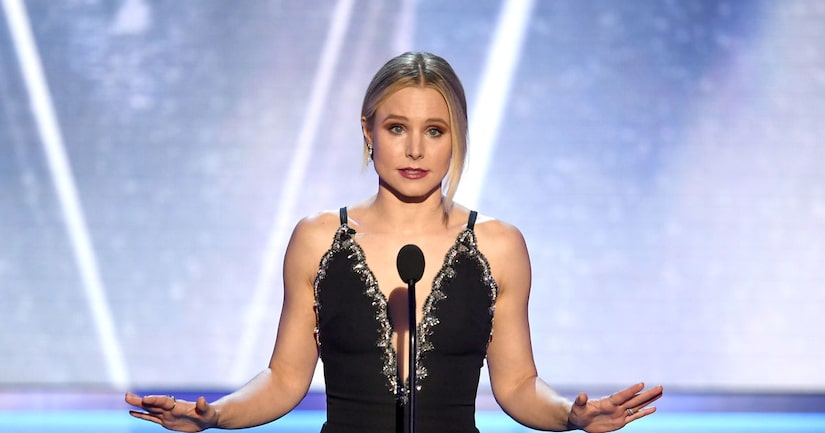 Host Kristen Bell is taking center stage as the 2018 SAG Awards are handed out... and "Extra" is here to give you running commentary!

9:58 p.m. Frances McDormand does a little dance as she takes the stage to accept Outstanding Performance by a Female Actor in a Leading Role for her work in "Three Billboards." She praised writer and director Martin McDonagh saying he wrote a tsunami and allowed his troupe of actors to surf it into the shore. Wow. She added that there are some young actors coming up the ranks who need doorstops too, then did a beauty pageant wave as she exited the stage.

9:47 p.m. Embattled actor James Franco is at the ceremony. The camera flashed to the star as the nominees for Outstanding Performance by a Male Actor in a Leading Role were listed off.

9:44 p.m. "This Is Us" just nabbed Outstanding Performance by an Ensemble in a Drama Series! The show's patriarch Milo Ventimiglia gives the acceptance speech.

9:35 p.m. Get the tissues out, it's the in memoriam. The show looks back at all the stars we lost in the past year from David Cassidy to Don Rickles.

9:30 p.m. The cast of "The Big Sick" takes the stage to present their film, which is up for the ensemble award.

9:28 p.m. Sterling K. Brown wins for Outstanding Performance by a Male Actor in a Drama Series for "This Is Us." The actor, who is sweeping the awards this season, thanked his wife.

9:09 p.m. Rita Moreno takes the stage to present the Morgan Freeman with the lifetime achievement award. The audience gets to take a look back at Morgan's amazing career. Freeman called out a member of the audience for talking or texting during his speech! The veteran actor ended his speech by pointing out, "I wasn't gonna do this, but I'm gonna tell you what's wrong with this statue. It works from the back. From the front, it's gender specific." He then smiled, adding, "Maybe I started something."

9:02 p.m. Saoirse Ronan and Laurie Metcalf present the coming-of-age story "Ladybird," which is up for the ensemble award. 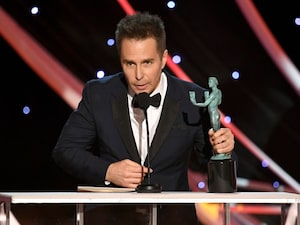 8:52 p.m. Another big category... Outstanding Performance by a Female Actor in a Television Movie or Limited Series. Who will win? It's Nicole Kidman from "Big Little Lies"! The actress was in tears as she accepted the award, revealing she was working late the night before and suffering from the flu. She made a powerful speech, pointing out that women over 40 now have more viable careers.

8:41 p.m. Alexander Skarsgard just picked up his first SAG Award for Outstanding Performance by a Male Actor in a Television Movie or Limited Series for his role in "Big Little Lies." The star joked that he couldn't believe the tall guy from "True Blood" beat out Robert De Niro!

8:33 p.m. Sam Rockwell is the next winner, taking home Outstanding Performance by a Male Actor in a Supporting Role for his role in "Three Billboards."

8:30 p.m. Allison Williams and Daniel Kaluuya present "Get Out" which is up for the ensemble award!

8:27 p.m. Who will win Outstanding Performance by a Female Actor in a Supporting Role? It's Allison Janney for "I, Tonya"! This is her seventh win.

8:15 p.m. Big win for "Veep"! The cast takes home Outstanding Performance by an Ensemble in a Comedy Series.

8:13 p.m. Co-stars Frances McDormand, Sam Rockwell and Woody Harellson take the stage to introduce "Three Billboards Outside Ebbing, Missouri." The cast is up for an ensemble award.

8:12 p.m. Next up... Outstanding Performance by a Female Actor in a Comedy Series! The award goes to Julia Louis Dreyfus, who has been battling breast cancer. The actress was not there to accept the award.

8:08 p.m. The first category of the night Outstanding Performance by a Male Actor in a Comedy Series! And the award goes to... William H. Macy for "Shameless"! The veteran actor declares his love for wife Felicity Huffman at the close of his speech.

8:03 p.m. Kristen Bell kicks off the show as the first ever host. While she does throw out a few jokes, the monologue has a message as she say, "We are living in a watershed moment. Let's make sure we are leading the charge with empathy and diligence... fear and anger never win the race."

8:02 p.m. The show starts with stars talking about what they wanted to be when they grew up. Allison Janney reveals she wanted to be a figure skater, Tracee Ellis Ross says she wanted to help people and have a lot of shoes so all of her dreams came true, meanwhile Kristen Bell loved to sing Disney songs knowing someday she would be part of that magic! 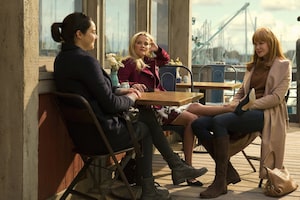 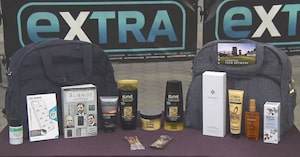